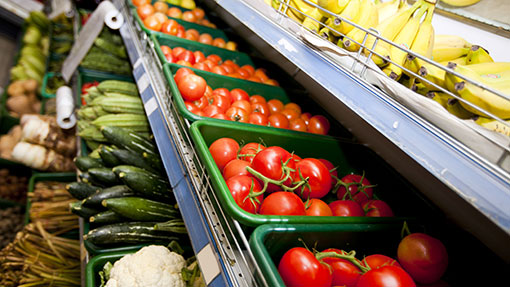 Supermarkets must do more to stop practices that lead to food waste such as “buy one get one free” deals, says a new report.

More than 15m tonnes of food is wasted each year in the UK and much of it is bought or thrown away from supermarkets.

In a report published on Sunday (7 April), The House of Lords EU Committee urged big retailers to act more responsibly to limit food waste by farmers and consumers – practices that equate to a business loss of £5bn in the UK every year.

Baroness Scott, chairman of the House of Lords EU Committee, said: “We are urging the supermarkets to look again at offers such as ‘buy one get one free’, which can encourage excess consumption which leads to food waste.

“We also think supermarkets must work much more closely with their suppliers so as not to cancel pre-ordered food which has been grown, is perfectly edible and is then ploughed straight back into the field.”

The committee also called for government action to encourage retailers to redistribute unsold safe food to food banks rather than be composted, and to feed livestock if scientific evidence deems it safe.

“The UK government have a role to play in encouraging cooperation throughout the supply chain,” said Baroness Scott.

“They can also consider whether tax incentives might be used to encourage retailers to ensure unsold food that is still fit for human consumption is actually eaten by people, for example by working with food banks, rather than sent to compost or for energy recovery, or even landfill, as is often the case at present.”

“We are urging the supermarkets to look again at offers such as ‘buy one get one free’, which can encourage excess consumption which leads to food waste.”
Baroness Scott, chairman House of Lords EU Committee

Looking at the bigger picture, the report highlighted a waste of at least 90m tonnes across the EU each year. While global consumers in industrialised nations throw away a staggering 222m tonnes of food each year.

Baroness Scott added: “We were shocked at the extent of food waste in the EU. Especially given the current economic challenges the EU faces, it is an absolutely shocking waste of resources.

“Some efforts are already being made, which is very positive, but much more can be done, and so we are calling on the EU, the government, businesses and consumers to make sure it is.”