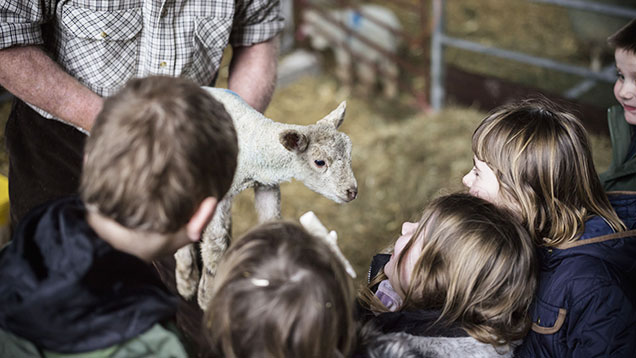 Four out of five primary school children say they would like to visit a farm to find out more about where their food comes from, a new survey from the British Nutrition Foundation has revealed.

The NFU says the statistics, released for Healthy Eating Week, show that food and farming is a subject that people of all ages can engage with and can help them to make more informed choices about the food they eat.

Close to 40% of secondary school pupils said they would be more likely to buy or eat food if it was produced in the UK and 63% use the internet to find out more about how food is produced.

NFU deputy president Minette Batters said: “These results show that people of all ages involved in education have an interest in food and farming but there is still so much more to be done.

“That’s why we’re delighted to get behind British Nutrition Foundation’s Healthy Eating Week. I passionately believe that every child in the country has a right to know how their food is produced.

“Food and farming are included in the curriculum now, which is crucial, and the information provided on the Healthy Eating Week provides excellent resources that teachers can use.

“This should be part of a whole school approach to food and we would urge school caterers to make parents aware of where they buy their food from, and to source local, in-season British food, easily recognised by the Red Tractor logo.”