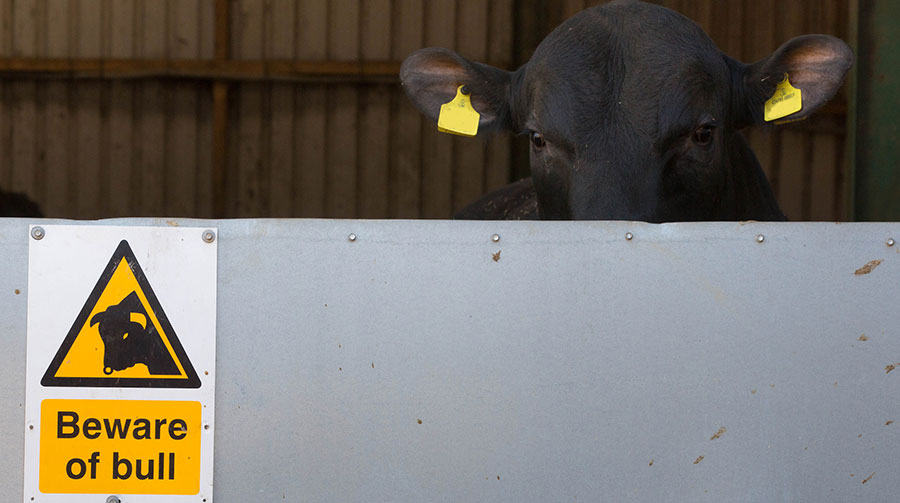 A Sussex farmer who died while feeding his livestock may have been trampled by his own cattle, according to police.

The body of Stephen Sandys, 64, was found by his partner, Christine, in the field with an Aberdeen Angus bull, cows and calves on Friday (10 August).

Christine told the BBC Mr Sandys had been due to collect her from the station but did not turn up.

When she arrived home she found him on the ground in the field with the cattle, including a nine-year-old bull, which had been born and raised on the farm.

The bull was “snorting and stamping” and Christine was unable to get close to Mr Sandys, so she called the police.

Police arrived at Pinstraw Farm in Groombridge, near Tunbridge Wells, at about 10.30pm.

Mr Sandys was pronounced dead at the scene and the bull was destroyed by police.

“At this time we are not treating this as suspicious and it is believed the farmer may have been trampled by livestock,” a spokesman for Sussex Police said.

The incident has been passed to the coroner’s office.

Neighbour Brett Walker said Mr Sandys had taken over the farm following the death of his father.

“He was a super guy, and never had a bad word to say about anybody,” Mr Walker said.

An NFU South East spokeswoman said: “We are saddened to hear of this tragedy. There are inherent dangers in dealing with large herd animals and ideally people should aim to avoid working alone with cattle, especially bulls, although this is not always possible.”

How to improve safety when working with livestock

The Health and Safety Executive’s figures show that 33 people were killed in agriculture in 2017/2018, of which 24% were due to injuries by an animal.