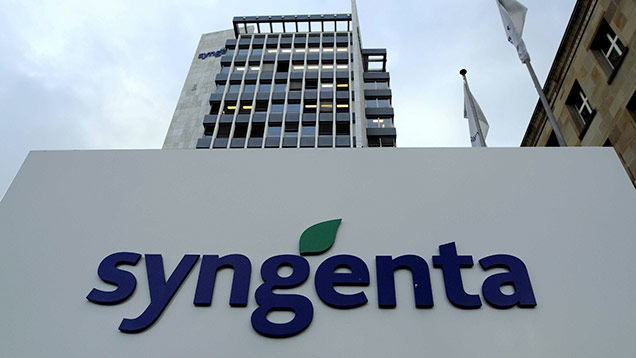 Agrochemical giant Syngenta has been fined £200,000 over a chemical leak at its plant in Huddersfield, West Yorkshire.

The firm pleaded guilty to health and safety breaches after an employee accidentally released weedkiller at the site in Leeds Road, Deighton, in December 2014.

More than 3.5t of Paraquat leaked out after a worker opened a valve on a tanker, Leeds Crown Court was told.

In a statement, Syngenta said it accepted the fine and had taken steps to ensure a similar incident would not happen again.

A company spokesman said: “Syngenta has manufactured Paraquat safely in Huddersfield for more than 20 years and greatly regrets this incident.

“There were no injuries to personnel, there was no harm caused to the environment, and members of the public were not at risk from this incident.

“Our company did everything you would expect of a reputable operator by reporting the incident to the HSE, admitting to the offence at the first opportunity and taking all the necessary steps to stop a similar incident from happening again.”

He added: “The judge said Syngenta was a highly respectable company that took its health and safety responsibilities very seriously.

“New sentencing guidelines were introduced in February and while the fine is higher than it would have been at magistrates court in January, we fully accept the judge’s ruling and we now move on.”