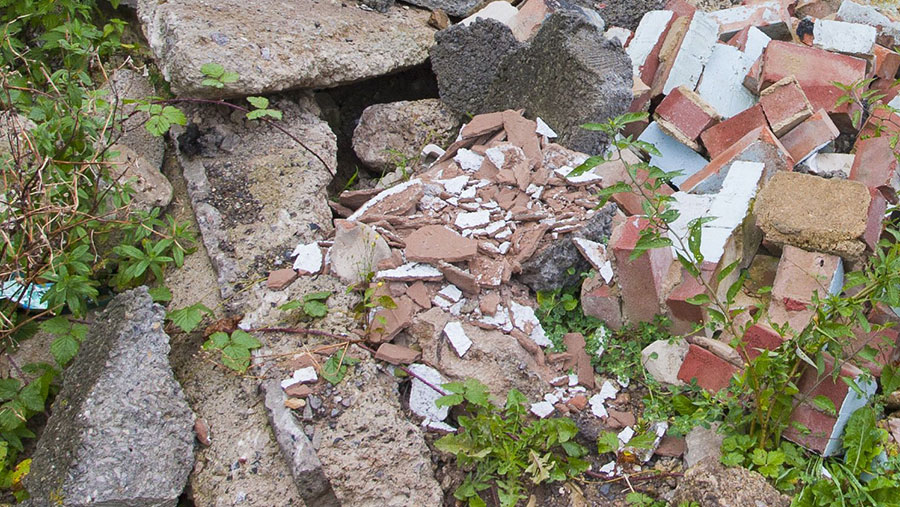 A tenant farmer in Essex has been fined, alongside a waste company and one of its directors, after pleading guilty to using illegally deposited waste in order to build up a flood defence.

The case was brought by the Environment Agency (EA) and was heard in Chelmsford Magistrates’ Court on 3 August.

The court heard that 3,920t of inert waste was deposited on land at Little Hayes Farm, Stow Maries between 15 April and 8 May 2015.

This was in breach of a U1 waste exemption which would have allowed 1,000t of soil and stone to be deposited for construction purposes.

However, the court was told the work was also carried out without a flood defence consent or permission from Natural England.

In addition, the area was within an environmentally sensitive area which benefits from protection as a site of special scientific interest, a special protection area, a special area of conservation and Ramsar site.

At the hearing, Simon Hollington pleaded guilty to knowingly causing the illegal deposit.

TJ Cottis Transport and company director Jedd Cottis also pleaded guilty to depositing the waste without an environmental permit and failing to comply with duty of care requirements.

Miriam Tordoff, prosecuting for the EA, told the court the waste was deposited on the land in an attempt to strengthen the existing flood defence.

The material used was construction and demolition waste from development sites and TJ Cottis Transport’s own permitted waste treatment facility.

The company paid Mr Hollington £4,800 to deposit it, but the company accepted they saved £24,000 in landfill charges by depositing the waste on Mr Hollington’s land.

Mrs Tordoff explained following the EA’s request to remove the waste Mr Hollington had applied for an environmental permit to do this.

The waste is expected to be moved later this year.

Speaking after the case, Lesley Robertson, EA enforcement team leader, said the incident should highlight to landowners that risk-taking was not acceptable.

“Owning a piece of land means accepting a responsibility to the surrounding area and all that resides there, be it business, homes or wildlife.”