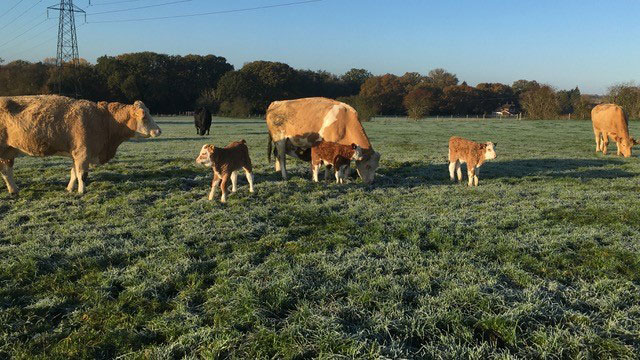 A tenant farmer who must leave his home and land to make way for a proposed solar energy farm says he is having sleepless nights over his livelihood and his family’s future.

Livestock farmer Andrew Lake, of High Barn Farm in Barkham, near Wokingham, Berkshire, was given a year’s notice in September 2020 to leave the land owned by Wokingham Borough Council after his farm business tenancy ended.

Mr Lake and his family have been tenants on the farm for more than half a century and the farmer’s two children are heavily involved with the 170-head suckler  enterprise and small pedigree herd of Simmentals.

“It came as a bit of a shock,” Mr Lake told Farmers Weekly. “They want to flatten everything except the house and one small building to put solar panels on about 40ha.

“It was a 15-year farm business tenancy which expired and, ever since then, we have been trying to negotiate a new tenancy agreement, which the council wouldn’t do – and it’s the same for the other tenants on the estate as well. We now know why they didn’t want to do that.

“When you live here, you work here and your family is here, it gives you sleepless nights. It is not like selling a house, you’ve got to find a home for 170 cows, all the followers, and the kit you’ve worked so hard over the years to build up.”

Mr Lake believes he has been granted more time by the council so he can stay in the house and keep his livestock on the land through the winter, but this is yet to be formally agreed.

The family will look to take on land in either the west or north of the country.

The Wokingham Borough Council plans would see solar panels installed on the farmland as well as about 6ha of Brook Farm, which is next to Mr Lake’s land.

The council says this would generate 23-32MWh/year, depending on final layouts, which would produce enough energy to power thousands of homes and businesses across the borough.

Cllr Gregor Murray, executive member for resident services, communications and emissions, said: “The planning status of the land would also remain unchanged, with it reverting back to farmland when the solar farm reaches the end of its lifespan after 40 years.”

But Mr Lake is sceptical this will happen and said the decision was demoralising for new entrants. “The council wants to take greenfield out that is producing food for the country. We need to produce more and reduce what we fly in to cut our carbon footprint.”