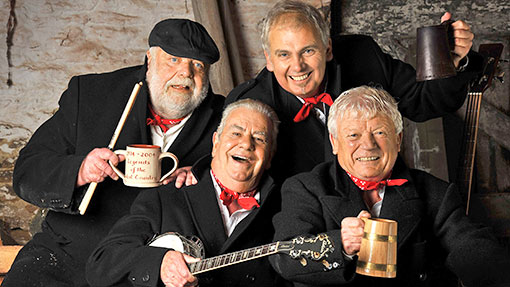 Farm folk band The Wurzels have released a new single that attacks the spread of wind farms in the countryside.

As the band marks the 40th anniversary of founder Adge Cutler’s death, it also announced the release of The Mendip Windfarm Song.

The song aims to highlight the proliferation of proposals for wind turbines across the West Country and the entire UK, disregarding the views of the local people they are imposed upon.

The band penned the song after hearing of a proposed turbine at Hillbrow Farm in the quiet Somerset village of Laverton, near Norton St Philip, where the band is now based.

Villagers were concerned about the effects of a proposed 66m turbine and news of the song has led to huge support for its release.

Sil Wilcox, a spokesman for The Wurzels, said: “Renewable energy has to be considered as an important part of the make up of our energy solutions.

“However, imposing these cost-inefficient turbines on communities after they have been opposed by local parishes and refused by local planners seems very unfair and undemocratic.”

The Mendip Windfarm Song is available to download on iTunes from 11 May.