Heartless thugs who sliced the ears off lambs in a sickening attack on a farm in Northern Ireland are being hunted by police.

Eight sheep had ears removed and three others were stabbed in the throat in the incident on a farm in Ballyholland, near Newry, Northern Ireland.

Three sheep found dead while three others were so seriously injured they had to be put down. 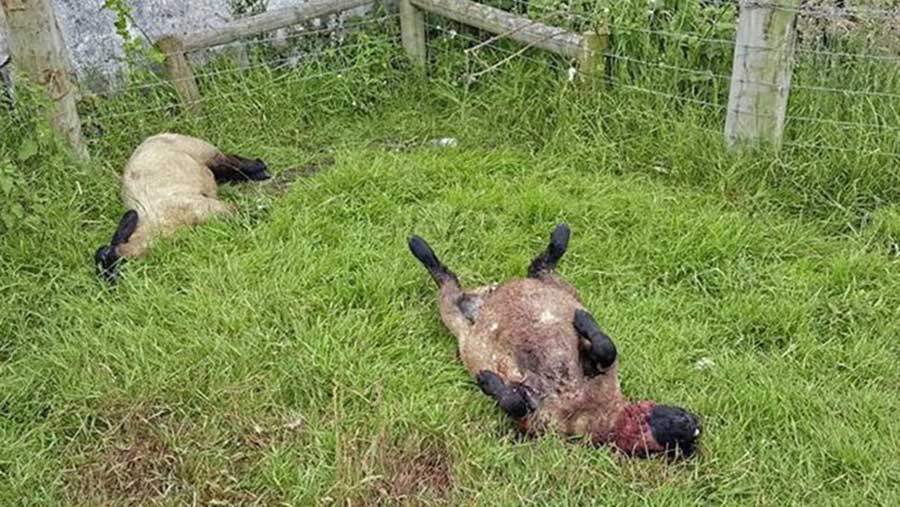 Ruairi McCartney posted disturbing images of the attack at his father’s farm on Facebook.

“One of the neighbours who lives close to the field called my dad this morning,” he told the BBC.

“It was just shocking. At first, I thought it might have been a dog attack.

“But when I saw it, some of the sheep had their ears sliced off the whole way down, while others had just been cut.”

It follows a similar incident on 22 June when a flock was attacked in the Ballyholland area.

Anyone with information about the incident can contact police on the non-emergency number 101 quoting crime reference number 188 of 05/07/2017.