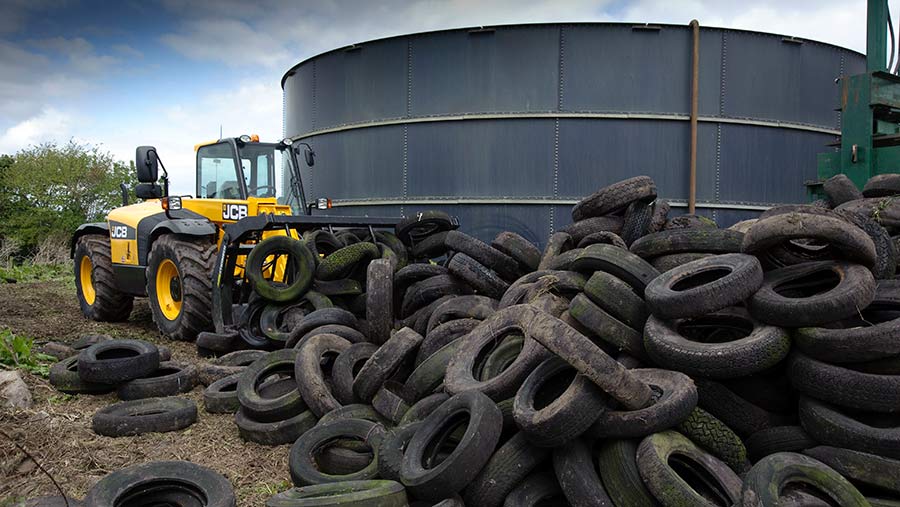 Farmers are walking away from a grant scheme designed to pay for slurry store covers because it is proving impossible for them to meet its strict deadlines.

The NFU said it was aware of a number of farmers who qualified for England’s Farming Ammonia Reduction Grant (FARG) scheme, but had been forced to withdraw their applications.

Slurry store cover manufacturers don’t have the extra capacity to meet the surge in demand, so farmers are unable to get a cover fitted and paid for by the end of July – the final date allowed to claim reimbursement.

The scheme, introduced as part of a £15.9m EU aid package for dairy producers, offered payments of £61/sq m for self-supporting covers and £11.20/ sq m for floating covers on slurry stores and lagoons.

The application window ran from 1 December to 31 January 2017.

Under the terms of the scheme, those farmers who have an application approved are asked to pay for any work in full and then claim back the grant money. However, the claim deadline is 31 July 2017.

Michael Oakes, NFU dairy board chairman, said the union was pushing for an extension to the scheme in order to give people more time to source a cover.

“There just isn’t the capacity in the industry to deliver the number of covers needed in the timescale,” he said.

“There are farmers out there who have been given the go-ahead that they can have a grant, but they can’t get a cover on farm, never mind have it fitted and paid for by the required timescale.”

Chris Hundsdoerfer, director of Skipton-based tank specialist Reliant Installations, said he had heard of one cover supplier that had turned away orders for eight covers because it was already overbooked.

Another problem was that the costs of installing a cover was often higher than the grant on offer.

“On smaller tanks, in some instances, the costs were way above the £61/sq m. Farmers were led to believe it was 100% funding, but when they got the quotes and realised it wouldn’t cover the costs, they just walked away,” he said.

“I don’t think many farmers will be putting covers on at all. I must have quoted for 15-20 covers, but because of the amount of grant available and the timescale, I am only actually fitting one.”

No plans for extension

Natural England has confirmed there are no plans to extend the claims deadline because, under EU rules, it only has until 30 September to process the claims, undertake inspections and issue the payments.

A spokesperson said: “Natural England has completed all visits to those farmers who submitted a valid application to the Farming Ammonia Reduction Grant scheme by the closing date. We are supporting farmers to submit their claims by the 31 July deadline.”