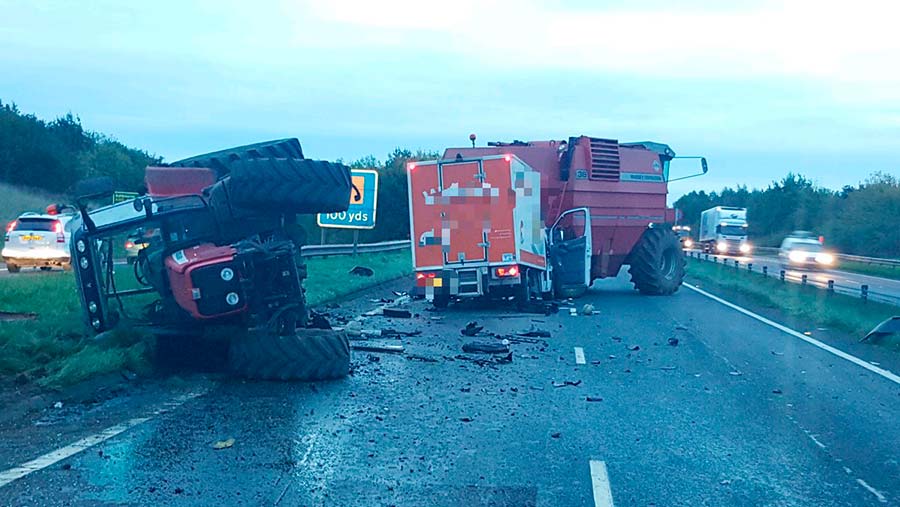 Motorists on one of Derbyshire’s busiest A-roads are facing major delays following a crash between a tractor, a combine harvester and a van delivering pies.

The three-vehicle collision happened on the eastbound carriageway of the A50 near Sudbury at about 5am on Wednesday (4 October).

The crash involved a Massey Ferguson combine harvester, a Massey tractor and a Wrights Pies food delivery “box van”. No one was seriously injured. 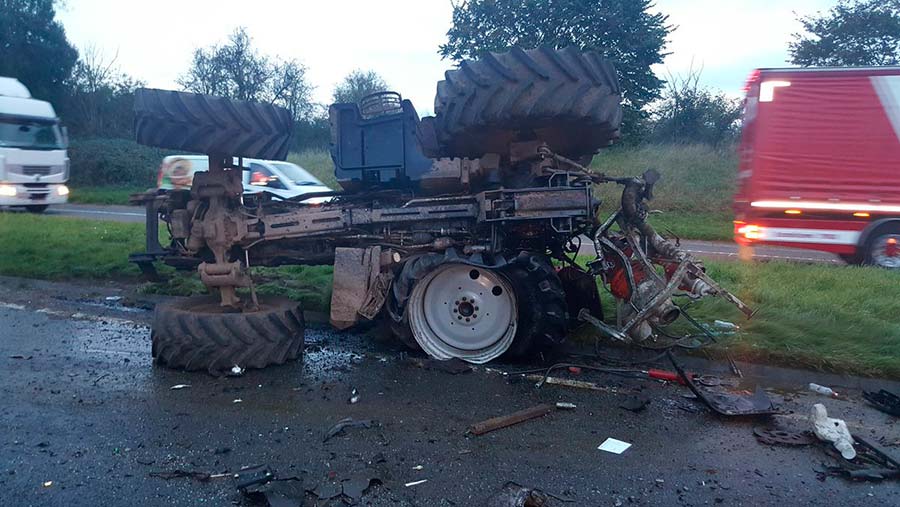 Officers are investigating reports that a second van may have been involved in the collision and then fled the scene.

The Massey tractor ended up on its side, with one of its rear wheels buckled beneath the chassis.

A spokesman for Derbyshire Police said the force’s road policing unit has started an investigation into what caused the crash. No arrests have been made. 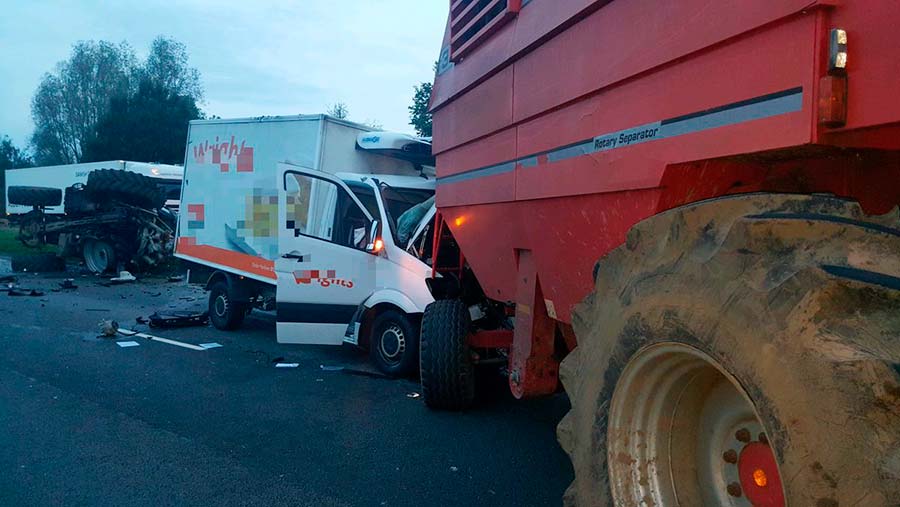 “Police closed the road in both directions for several hours after the crash. There was a lot of debris and various fluids were spilt on the road,” said the spokesman.

Anyone who witnessed the crash is urged to call Derbyshire police on 101 quoting reference number “96” of 4 October. 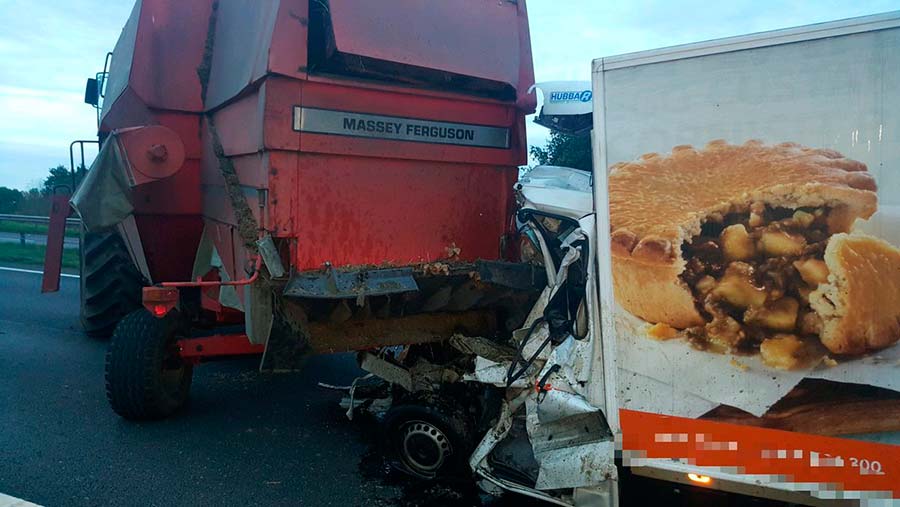