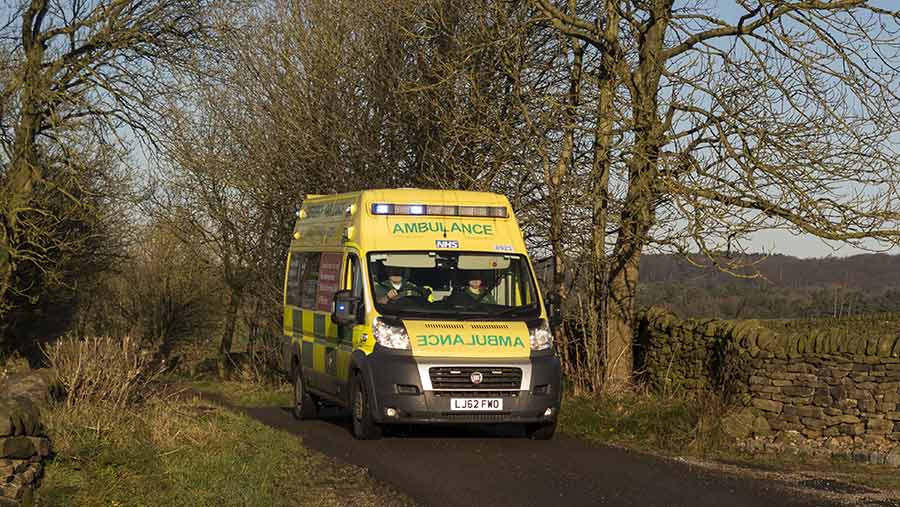 A Suffolk farmworker was crushed to death in a field after failing to follow machinery safety procedures, an inquest has heard.

Darren Prentice, 42, had been driving a tractor towing a de-stoning machine at Howe Hill in Sandy Lane, Rushbrooke, near Bury St Edmunds, on 17 April.

It is believed that Mr Prentice, of Kiln Cottages, Rede, had stopped his tractor and climbed on to the machine to clear a blockage, possibly caused by a piece of metal, as he believed the de-stoner was not running.

See also: Dos and don’ts of tractor driving on roads

However, an inquest at Suffolk Coroners Court in Ipswich on Monday (26 November) heard that despite being aware of “Safe Stop” safety rules, he had failed to switch off the engine of the tractor as he climbed from the cab.

A Health and Safety Executive (HSE) investigation concluded that it was likely that Mr Prentice was standing on a conveyor belt when the blockage was cleared and which allowed the machine to resume operating.

Fellow worker Tommy Bevan realised that Mr Prentice’s tractor had not moved for about 20 minutes and went to investigate, finding Mr Prentice trapped beneath a metal bar and not breathing.

A disc cutter was used to free Mr Prentice and attempts at resuscitation began before fire and ambulance crews arrived and took over but Mr Prentice was declared dead at the scene.

Jessica Churchyard from the HSE, who investigated the incident, said the de-stoning operation had been taking place in preparation for potato planting for Fornham Growers, which farms 1,619ha around Bury St Edmunds.

Adequate risk assessments for operating de-stoning machines had been in place and stickers reminding operators to switch off the engine before getting out were posted inside the tractor cab.

Mr Prentice was familiar with the machine, having taking the manual home with him to read, and had earlier been observed by farm manager Gary Duffield clearing a blockage from the de-stoning machine while following the Safe Stop procedure.

‘No health and safety breaches’

Ms Churchyard said the HSE was satisfied that there had been no breaches of health and safety legislation and no action was planned.

She said that pieces of metal had previously been found in the same field and the 1m-long piece that may have caused the blockage to Mr Prentice’s machine was found near the scene of the tragedy.

The HSE investigation had examined why Mr Prentice got on to the machine, said Ms Churchyard. She said: “It may be that if it was blocked it gave him a false impression that it was isolated.”

In conclusion, Ms Churchyard said: “The incident arose because Darren Prentice did not follow the correct procedure.”

The Farm Safety Partnership launched the “Safe Stop” campaign in 2013 to draw attention to the following principles:

Since 2011-12, 57 people have lost their lives on farms in Great Britain after being struck by a moving vehicle. Incidents involving farm machinery account for roughly one-third of farm fatalities.