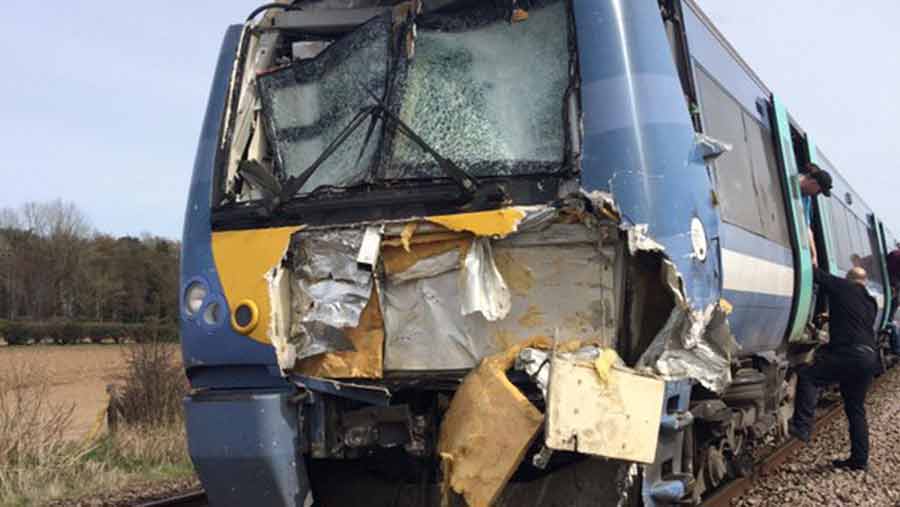 A tractor driver who was seriously injured after his vehicle collided with a train on a level crossing had been given permission to cross, say rail accident investigators.

The Rail Accident Investigation Branch (RAIB) is leading an investigation into a collision between a passenger train and a tractor at Hockham Road level crossing in Norfolk on 10 April 2016.

In a statement released on Friday (22 April), rail investigators said the tractor driver had been given permission to cross the line and had reached the mid-point of the crossing when a passenger train, travelling at 84mph, hit his vehicle.

Vehicle users must open and close the crossing gates themselves, and at the time of the accident they had to use the telephone to obtain permission from a signaller at Cambridge, before going over the crossing.

“There were 135 passengers and two crew on the train, which did not derail and came to a stop 410m beyond the crossing,” said the statement. 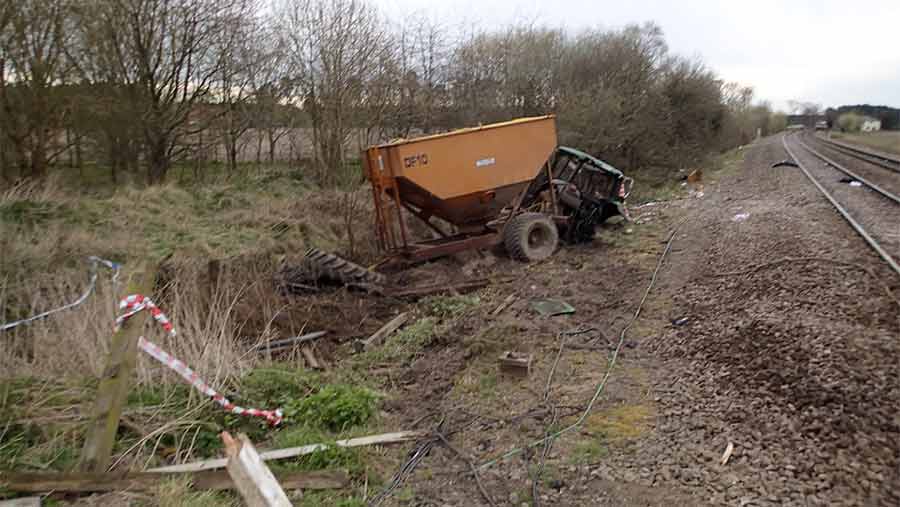 “The driving cab of the train was severely deformed by the impact, and the driver’s door broke away.”

The tractor driver was seriously injured and he remains in hospital in a stable condition.

The train driver and several passengers received minor injuries. The tractor was destroyed, and the train was badly damaged, RAIB said.

According to the statement, the crossing had been provided with red and green lights which informed users whether it was safe to cross or not. But that equipment had been intentionally decommissioned in 2012.

The RAIB investigation will identify the sequence of events that led to the accident.

It will also consider any factors which may have influenced the actions of the people involved, the method of authorising vehicles to use the crossing, the history of the crossing equipment, the performance of the train during the collision and any underlying management factors.

“Our investigation is independent of any investigation by the railway industry, the Office of Road and Rail, and the British Transport Police.

The findings of the investigation, including any safety recommendations, will be published on the RAIB’s website in the future.