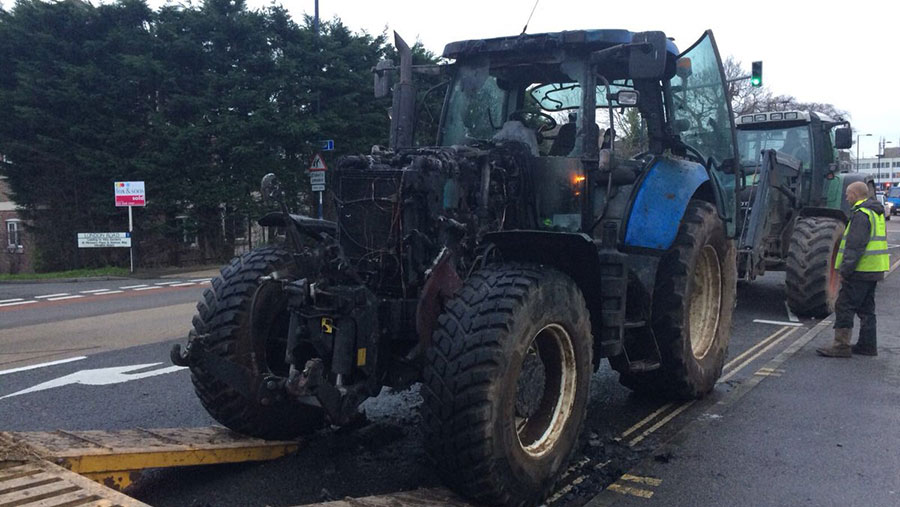 A tractor driver has been treated for burns to his hands after his New Holland caught fire in Hampshire.

The tractor burst into flames as it was travelling along London Road in Waterlooville on Tuesday (30 January) and suffered 70% fire damage.

Three fire engines – two from Cosham and a second from Waterlooville – were sent to the scene at about 3.30pm.

The driver of the tractor was treated at the scene for burns to his hands, but was not taken to hospital.

A spokeswoman for Hampshire Fire and Rescue Service said: “We were called at 3.31pm on Tuesday to reports of a tractor fire on London Road.

“When fire crews arrived, the tractor was well alight. We sent three appliances and the fire was out by 4.05pm.

“The police were required for road traffic management. The driver of the tractor was treated at the scene for burns to his hands.”