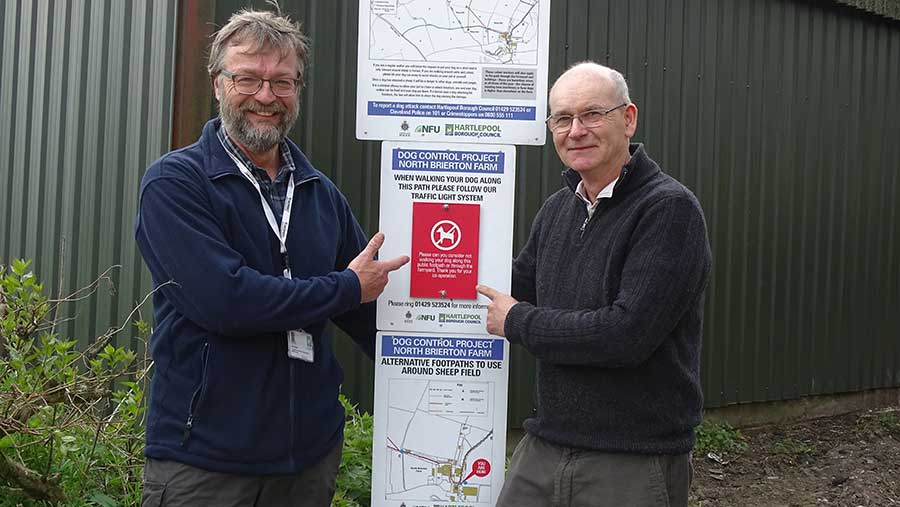 Chris Scaife (left) and Rob Brown (right) with the signs

A farmer who introduced a “traffic light” sign system on footpaths to remind dog owners to act responsibly around livestock says it has been a big success.

The attack happened at 88ha North Brierton Farm, in Hartlepool, County Durham, on fields with public footpath access that are regularly used by dog walkers. 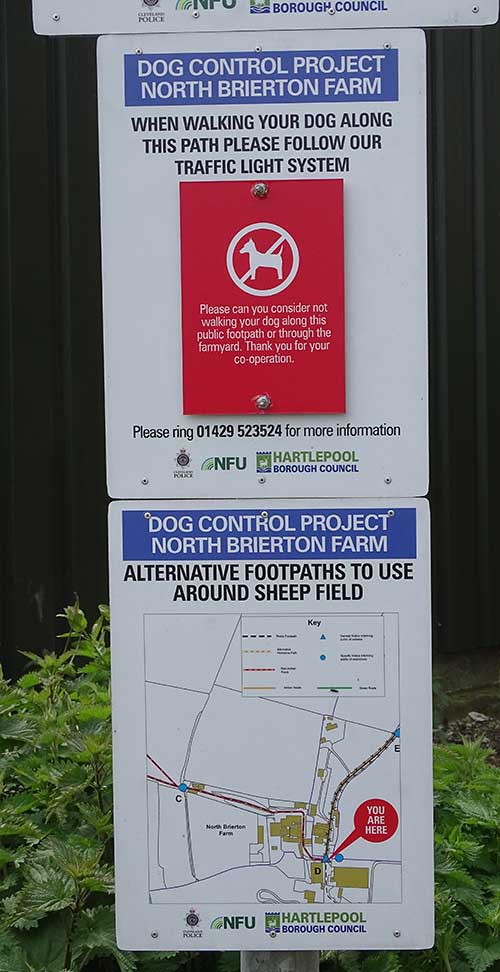 Closing the footpaths was not possible, so the council investigated other measures, which included working with the police, local vets, dog walking groups and the Kennel Club.

Farmers in the South are using a traffic light system to protect nesting birds and, when he heard about this, Mr Brown decided to adapt the concept for his farm.

He set up a network of nine traffic light signs at nine locations around the farm.

The signs advise the public where dogs can be let loose (green light) and in areas where livestock are present (amber) dogs should be kept on a lead.

When a red light is in place, such as during lambing time, an alternative route will be clearly shown.

The signs display information for walkers about the initiative, including maps showing routes on the farm. Signs are fixed using special locking nuts to prevent people removing or changing the traffic light colour.

“People are keeping their dogs on a lead 99% of the time. The dog walkers are all in favour of it. I have not had a single complaint.

“I am not saying this is the complete answer. But it has gone a long way to addressing the problems we had here.”

The scheme represents a £1,400 investment by the council. Following its success, the council could extend it to cover other farms with known livestock worrying problems. 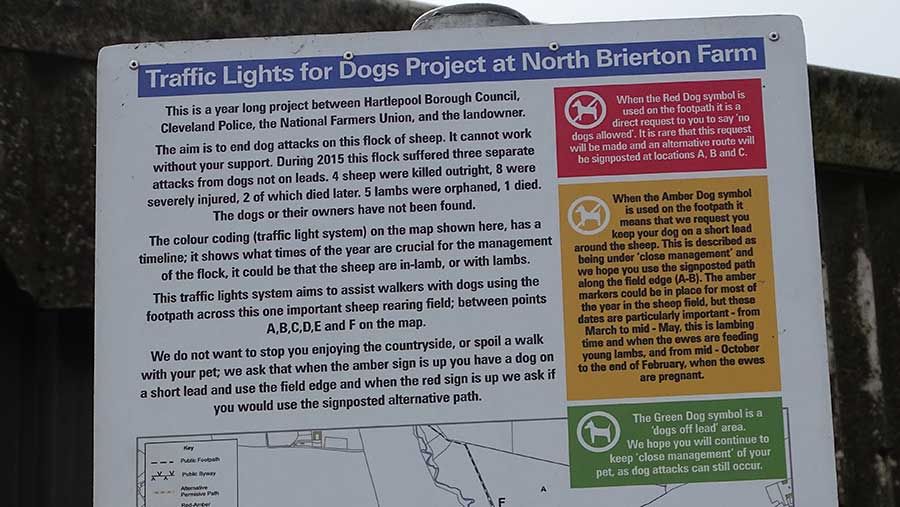 “The signs remind dog owners of their responsibilities and prevent any future attacks on sheep.”

Laurie Norris, NFU county adviser for North Riding and Durham, said: “I’m delighted that the end result appears to have had a positive outcome and, through the publicity generated, helped raise wider awareness of dog worrying.

“It is extremely encouraging that the council has recognised the benefits of this collaboration and indicated they would look at implementing it elsewhere where there is a recognised problem.”