Tributes have been paid to an “incredibly popular and much-loved” young agriculture student who died in a farm accident.

Jackson Maplethorpe, 18, was killed in an accident on the family farm near Sleaford, Lincolnshire. 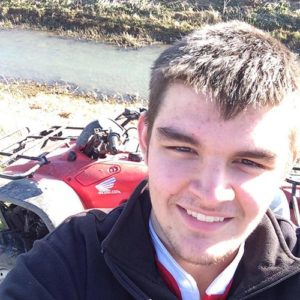 It is believed Mr Maplethorpe, a student at Riseholme College, was electrocuted after the tractor and trailer he was driving came into contact with an overhead power cable.

Emergency services were called to Maple Farms, Digby Fen, Billinghay, on Monday 7 November. However, Mr Maplethorpe was pronounced dead at the scene.

A spokesman for the Health and Safety Executive (HSE) said: “HSE is aware of the case and is liaising with police.”

A member of Mr Maplethorpe’s immediate family said they were all devastated by and struggling to comprehend his death.

“This is such a tragic loss of a young life. Jackson was a widely loved and respected member of the rural community.

“He loved farming, the countryside and country pursuits. He had recently become a very active chairman of Coningsby Young Farmers.

“Jackson was developing as a farmer, taking an ever-growing role in the management of Maple Farms, where he was the fourth generation of the family to work the fenland acreage.

“He had a wonderful future ahead of him which will tragically be left unfulfilled.”

“Jackson’s tragic death is devastating news and the thoughts of everyone at the college are with his family at this most difficult time,” she said.

“Jackson was a model student and incredibly popular with both his fellow pupils and the staff at Riseholme College.

“He had been at the college for nearly three years, progressing from studying at level three to a foundation degree in agriculture. During that time he had a positive influence on everyone he met.

“Jackson clearly had the potential for a very promising career in farming. He was a much-loved young man with an extremely bright future ahead of him. It is so very sad for his family.

“Jackson will be sorely missed.”

Friends and family have also posted tributes to Mr Maplethorpe on Facebook.

Malc Taylor said: “I’ve seen a few come through the yard gates at Riseholme. Jackson Maplethorpe was one of those that never moaned about doing anything, always getting stuck in and eager to learn.

“Sadly you were taken from us yesterday, far too soon, it was a pleasure to have known you, sleep tight mate x.”

Abbie Kinnersley said: “Still cannot believe that you’ve actually gone! You never failed to make anyone smile and I hope that you’ve found peace wherever you are now! My thoughts go out to your family! RIP Jackson Maplethorpe.”