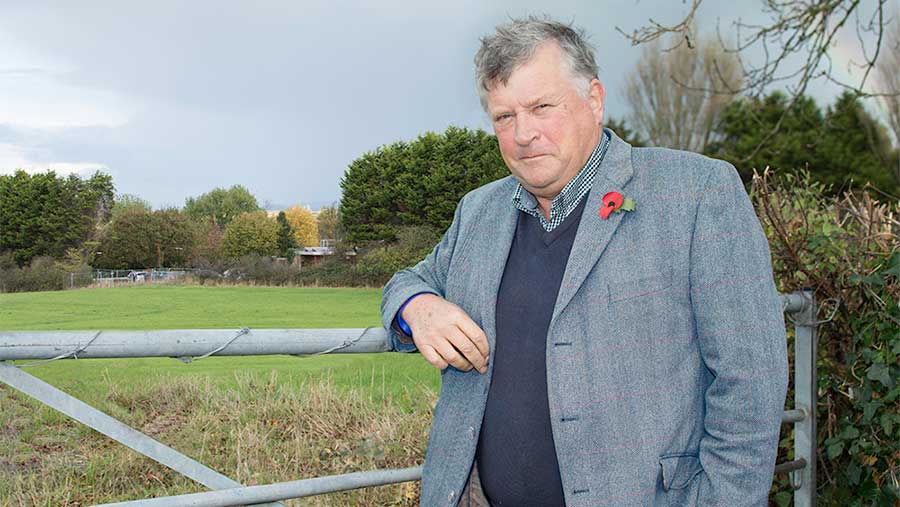 It is understood that Mr Mead, from Weston-super-Mare, died after an accident involving a loader on his own farm on Sunday afternoon (4 June).

A spokesman for Avon and Somerset Constabulary said: “Mr Mead died following an incident in Hewish. It was a sudden death.”

A coroner is due to be open and adjourn an inquest into Mr Mead’s death on Tuesday (6 June).

A spokesman for the Health and Safety Executive (HSE) said: “We are aware of Mr Mead’s death and we are making initial enquiries. The police are leading the investigation.”

In a statement, the Mead family said: “It is with heavy hearts that we have to let you know that our father and grandfather, Derek Mead was killed in a tragic accident on his farm in North Somerset on the afternoon of Sunday 4 June.”

“He was doing what he loved and had been doing since he was a young boy.

“The family thank you all for your kind messages during this hard time and would greatly appreciate it if you could allow us the time to come to terms with this terrible loss.”

An outspoken critic of the NFU, 72-year-old Mr Mead owned an organic dairy farm in Hewish and was a member of a family whose business interests included ownership of Yeo Valley yoghurt.

In February 2010, he challenged Peter Kendall for the NFU presidency but Mr Kendall claimed 95% of the vote and secured a third term.

Mr Mead later resigned from the NFU in protest saying the union was failing to support dairy farmers.

NFU Somerset county chairman James Small paid tribute to Mr Mead, who he described as an “incredible person, who had achieved so much with his life”.

Mr Small, who is also a livestock farmer based on the Mendip Hills in Somerset, said: “Derek was an incredible advocate of British farming.

“In terms of the NFU, we did not always agree on the way to do things but the end goal was always the same.

“We wanted the best that we could for British farmers, their families and the industry.”

Derek Mead a great loss to us. A liberal farmer business man–will be really missed

He was managing director of Mead Realisations and over the years had developed a unique group of companies employing more than 300 people.

In 2006, Mr Mead launched Junction 24, a conference centre with a capacity to host 1,500 people, which is also the home of Sedgemoor Auction Centre, one of the largest livestock markets in the South West and in the country. His daughter Catherine is the managing director of Junction 24.

Robert Venner, managing partner of Sedgemoor Auction Centre, said: “Derek was a driven man who was totally committed and passionate about British agriculture.

“He always had the best interests of West Country and British farmers at heart. Through his vision and determination, he has facilitated Sedgemoor Auction Centre and the Muller Wiseman milk factory.

“His whole motivation was to improve the facilities for West Country producers. He will be sorely missed.”

Mr Mead’s other business interests included Puxton Park, an educational centre which opened in 2007 to promote a better understanding of farming, the countryside and the importance of developing a sustainable environment. His son Alistair Mead, is also managing director of Puxton.

However, it was within farming circles that Mr Mead was best known. Only last week, he took part in the Bath & West Show at Shepton Mallet.

He has left a fantastic legacy – not just for the West Country, but for the whole of British agriculture Richard Haddock

Devon farmer Richard Haddock, a close friend, said: “Derek was one of those people the farming industry never honoured.

“He wanted livestock markets to be strong and built up Sedgemoor Auction Centre to one of the biggest markets in the South West and arguably the country.

“Everything he did was from the heart, but the industry never looked after him. He stood up and put his money where his mouth was.

“He was way ahead of his time with the things he did. It’s a big shock. He will be sorely missed.

“He has left a fantastic legacy – not just for the West Country, but for the whole of British agriculture.”

In 2015, Mr Mead and a group of West Country farmers who have been affected by bovine TB formed the Badger Welfare Association (BWA).

BWA focuses on likely pockets of TB infection and supports targeted badger removal of the most likely diseased or highly infectious badgers.

Mr Mead leaves behind two sons and a daughter.