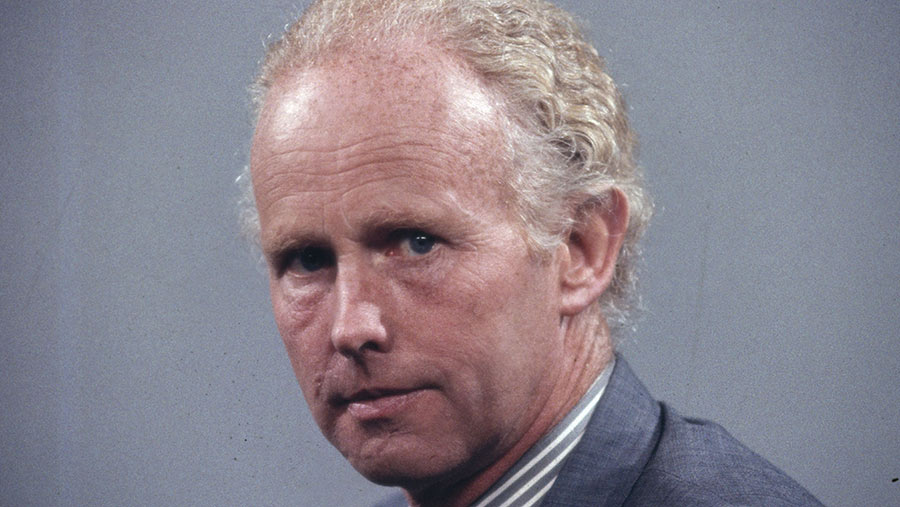 Tributes have been paid to former NFU president Sir Simon Gourlay, who has died aged 85.

Sir Simon, who was president of the organisation from 1986 to 1991, farmed on the English/Welsh border, first as a beef farmer before turning his hand to dairying and later free-range egg production.

Sir Simon was knighted in 1989, three years into his reign as NFU president.

Among the issues he was called to deal with during his time at the helm was the 1988 poultry industry crisis, sparked by comments by the then-junior health minister Edwina Currie about potential risks of salmonella associated with eating eggs.

In 1993, Sir Simon condemned reforms to increase the EU’s Common Agricultural Policy budget to £29bn from £23bn the previous year as “terminal insanity with staggering costs and red tape”.

Current NFU president Minette Batters described him as “a passionate moderniser whose reforms changed the way the organisation operated for the better” and said he displayed “unwavering commitment to farmers as one of their most effective leaders”.

“During his term in office, Sir Simon had to deal with a number of serious issues and dealt with all of these calmly and effectively. But he’ll be remembered most as being a great reformist and moderniser,” said Ms Batters.

“He came into office determined to leave the NFU in a better condition than he found it – a lasting legacy of his five-year presidency.

“Sir Simon was behind a major restructuring of the organisation – replacing the old NFU county system with a new, streamlined regional set up. He was also instrumental in creating the NFU’s popular countryside membership category.”