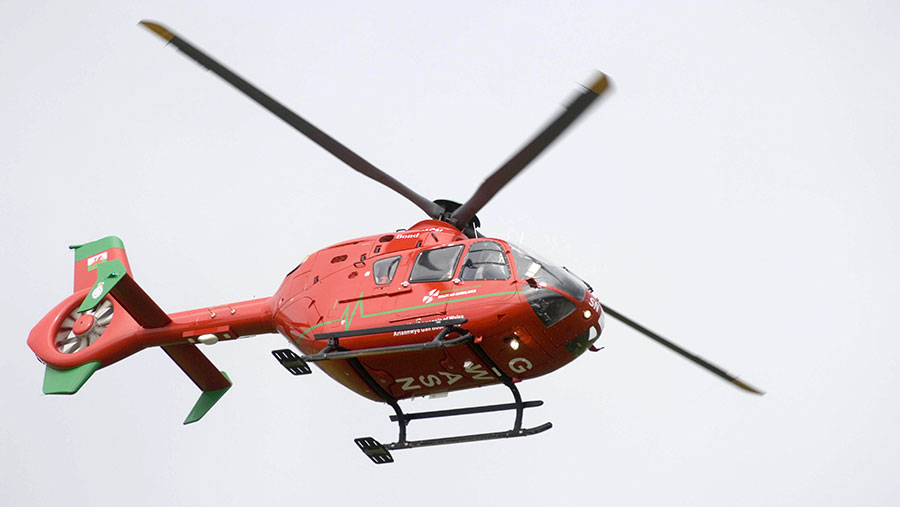 Tributes have been paid to a woman who died following an accident on a farm in north-west Wales.

The 49-year-old, who was understood to have been working at a pony trekking centre on the farm, was tending for horses when she struck by a large hay bale, the North Wales Daily Post reported.

She was taken in a serious condition by air ambulance to Ysbyty Gwynedd Hospital, in Bangor, but died from her injuries over the weekend.

Her father, Stuart Eves, thanked the emergency services for their efforts to try and save his daughter’s life.

“The care and compassion they showed to her at the scene and later at the hospital was fantastic,” he said. “She couldn’t have gotten better care.”

Her organs were donated to other seriously ill patients.

“The loss of my daughter saved the life of three other people and knowing that means she did not die in vain,” added Mr Eves.

“She had a smile for everyone and a fantastic sense of humour, and she had a really infectious laugh,” she added.

“It’s a horrible tragedy. She was definitely one of those people who seemed forever young.”

A family friend added: “She was a lovely woman and very kind with a fantastic personality.”

A joint investigation into the circumstances surrounding the tragedy is under way, involving North Wales Police and the Health and Safety Executive.

North Wales senior coroner Dewi Pritchard Jones said he had been made aware of Ms Parry’s death, adding an inquest would be held in due course.

It is the second death on the farm in the past decade. In April 2008, builder Aled Sion Evans died a week after he suffered a serious head injury after falling through a roof at Bwlchgwyn Farm.