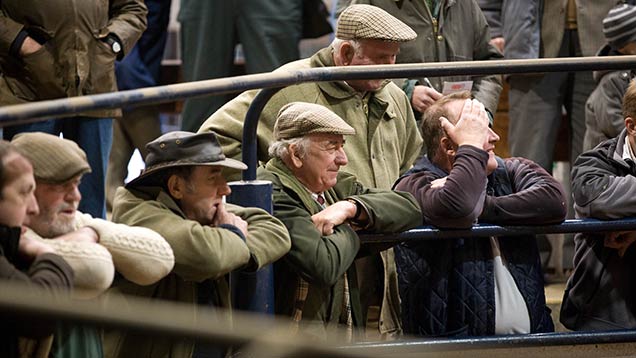 Almost £4m of unrecoverable debt built up over many years has placed the future of one of Scotland’s key livestock markets in jeopardy.

The fate of Stirling-based Caledonian Marts will be decided at a special general meeting on Friday (9 January), when its 3,000 members will be asked to support changes to the rules – and dip into their pockets to allow the business to be refinanced.

Caledonian Marts has an annual sales turnover of almost £45m and is a key market in the competitive central belt and draws stock from all over Scotland.

“While the bank has been supportive of the board, the board has reached the conclusion that the current level of borrowings is not sustainable and the society must develop an immediate plan to repay or substantially reduce the borrowings.”
James Cullens

But the farmers’ co-operative’s annual accounts to May 2014, which are due to be published shortly, are predicted to show a large loss.

See also: Charting the highs and lows of the 2014 livestock trade

In a letter to members, board chairman and acting managing director James Cullens revealed almost £4m of the £5.9m owed by debtors has now been deemed unrecoverable and would be written off.

The mart’s borrowings with the Royal Bank of Scotland amounted to about £3m at the end of November and members’ loans account for another £777,716.

Mr Cullens added: “While the bank has been supportive of the board, the board has reached the conclusion that the current level of borrowings is not sustainable and the society must develop an immediate plan to repay or substantially reduce the borrowings to a level which in either case will reflect the significant reduction in the society’s net assets.”

Members will be asked to support amendments to the rules to raise the maximum level of capital that can be subscribed by members, greater flexibility to attract new members and to grant the board the power to effect a sale of the 52-year-old business, if this is the best option.

In his letter to members, Mr Cullens admitted that management had to shoulder some of the blame for the current situation.

“The board recognises that management reporting, financial control systems and credit control processes have been lacking historically and, as a result, the large unrecoverable debtor balance has been allowed to exist,” he said.

“It appears that a number of loans have historically been made to customers with the course of general business. These loans were apparently issued without board approval, nor adherence to the society’s credit policy. These issues are not attributable to current employees.”

Mr Cullens said he expected competitors to be looking carefully at the business, which has a valuable site on the edge of Stirling, with a view to a takeover.

He added: “But it’s important for farmers that competition exists. You just need to look at the situation in southern Ireland where there are very few marts and that’s not good.

“Directors and staff had been encouraged by the level of support from members who want us to remain an independent business.”