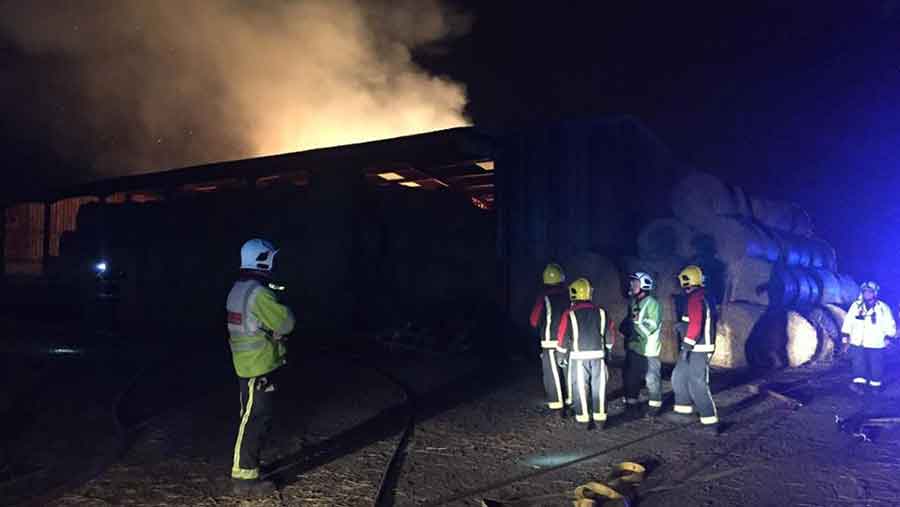 Ten calves were burned alive and 11 others needed veterinary care after a suspected arson attack at a farm in West Midlands.

More than 30 firefighters were called to tackle the blaze at White House Farm, in Lutley Lane, Halesowen.

The flames ripped through a large barn which was filled with 300sq ft of hay and livestock.

See also: Fires cost industry up to £100m a year

On this occasion, 50 cattle were rescued. The cause of this fire is under investigation.

Here are some of the first moments of today's barn fire in #Halesowen that we still have six crews tackling. pic.twitter.com/ucGopaNwEX

Cause of barn fire in #Halesowen not yet known. Large number of hay bales on fire. Pic: Jemma Graham pic.twitter.com/taZ0o12AZ6

West Midlands Police said a man, 51, and a 16-year-old teenage boy have been arrested on suspicion of arson in connection with the first incident.