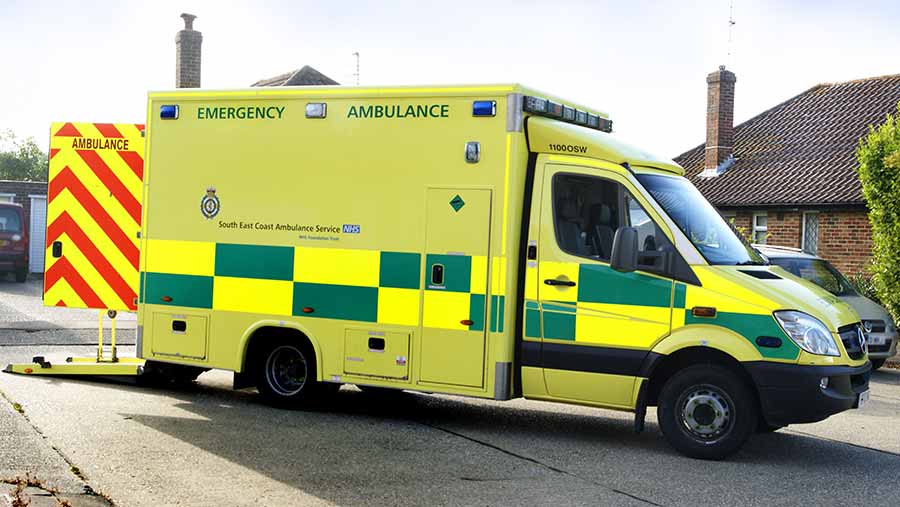 Two female dog walkers were injured after being attacked by a herd of cows in East Sussex.

The incident happened in a field of cattle behind the Bear Inn and Burwash Motel in Burwash.

A motel barman told the BBC the cows had recently calved.

Police, fire and ambulance services were called to the scene shortly after 2pm on Thursday (9 June).

Assistance given after people injured in a field of cattle https://t.co/QC7exkutMt

A fire engine from Burwash was despatched at 2.25pm along with an animal rescue team from Crowborough.

One of the women suffered chest injuries and was flown by air ambulance to the Royal Sussex County Hospital in Brighton.

The second woman was treated for arm, leg and other injuries at the Conquest Hospital in St Leonards-on-Sea.

The cows were taken into the next field while medics treated the injured women.

The farmer was alerted and went to the scene to deal with the cattle, the fire service said.