Two men have been jailed for their roles in a £177,000 conspiracy to pass off horsemeat as beef.

Andronicos Sideras, 55, of Southgate, London, was jailed for four-and-a-half years for conspiracy to defraud after he was convicted of mixing horsemeat with beef destined for the food chain.

His supplier, Ulrik Nielsen, 58, of Gentofte, Denmark, pleaded guilty to the same charge and he was jailed for three-and-a-half years.

See also: ‘Up to 50,000 horses disappeared in horsemeat scandal’

Both men were banned from being company directors for 10 years following the three-week trial at Inner London Crown Court.

Alex Beech, 44, of Sutton-on-Hull, Humberside, described as Mr Nielsen’s “right-hand man”, was given an 18-month sentence, suspended for 12 months, with a ban from being a director for five years and 120 hours community service

The horsemeat scandal was exposed in January 2013 after horse DNA was discovered in frozen burgers sold in several British and Irish supermarkets, including Tesco, Aldi, Lidl, Iceland and Dunnes Stores.

City of London Police said the investigation centred around meat trading company Flexi Foods, with UK offices in Hull, which was owned by Mr Nielsen based in Denmark. 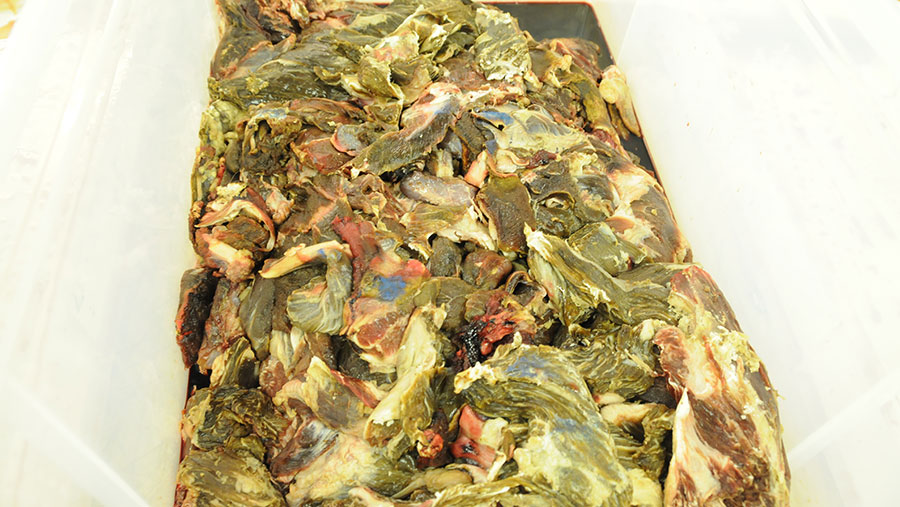 Police discovered that during 2012 Mr Nielsen and Mr Beech were buying horsemeat from Ireland and sourcing beef from Poland. Flexi Foods passed numerous consignments of meat through Mr Sideras’ company, Dino’s and Sons based in Tottenham, a food supply company and sausage manufacturer.

Mr Sideras would oversee the mixing of these different meat consignments, and would then apply false paperwork and labels to make it look like all the meat was 100% pure beef. The disguised products would then be sold on as beef without the buyer being aware of any horsemeat having been introduced.

Mixing in cheaper horsemeat to the beef allowed Flexi Foods to increase the profit on each consignment by approximately 40%. The type of meat was known as “trimming” and was used in products such as minced meat, sausages, pies and ready meals.

Police estimated the face value of the fraud at £177,869, but said the true cost could have run into millions.

Sentencing the men, Judge Owen Davies QC said the plot was discovered by accident, was “not confined to this country… and it’s a big issue for the public to be concerned about”.