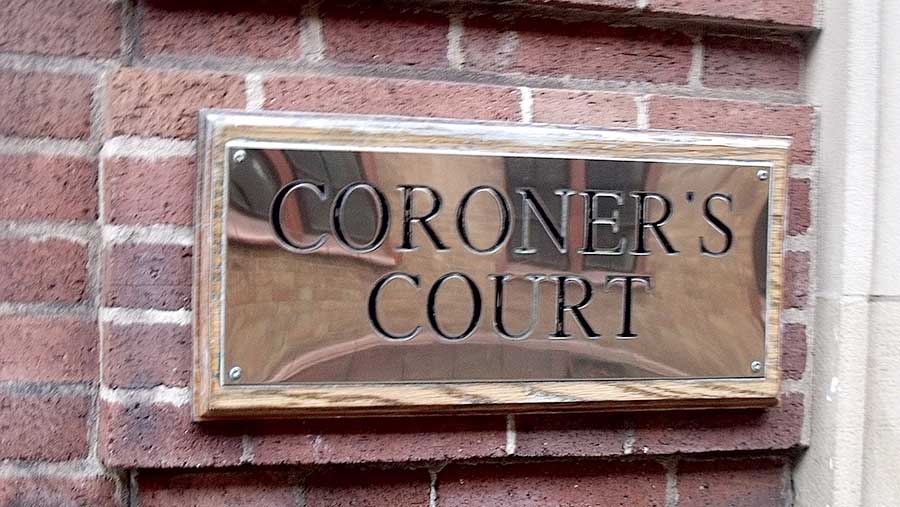 The deaths of two farmworkers who entered a slurry tank to remove a blockage were accidental, a coroner has ruled.

The bodies of Alexander Forman, 32, and Richard Pooley, 36, were pulled from a slurry pit at Newlands Farm in Sunk Island, Holderness, Hull, on 14 December 2015.

Mr Forman, who ran the farm with his parents Robert and Susan, and employee Mr Pooley would have been overcome by toxic fumes almost immediately, a pathologist told the inquest.

On Friday (18 May), a jury of four men and five women returned unanimous conclusions of accidental death for both men, the Hull Daily Mail reported.

Paul Marks, senior coroner for Hull and the East Riding, noted “very distressing” evidence had been heard during the inquest, and thanked both families for their “patience and dignity”.

Mr Forman’s partner, Lucy Hartlebury-Forman, recalled how she had been asked to make her way to the farm quickly, leading her to believe he was going to propose.

She said: “I thought it was an elaborate proposal plot, then I saw Susan [his mum]. She was in floods of tears.”

Mr Forman, who was known as “Zander”,  was a hardworking and a “doting dad” to their son Felix, who was just 10-months old at the time of the tragedy.

Mr Pooley was described in equally glowing terms by his partner.

Amanda Pooley had spoken to him a few hours before his death, and told how she had put the phone on speaker so he could talk to their three-year-old son Josh.

It was not established why the pair had entered the slurry pit which was situated next to a pig pen.

However, Paul Loftus, who had been a stockman on the farm at the time and discovered the men’s bodies, said he had earlier “partly cleared” a blocked pipe connecting a pig pen to the pit.

Mr Loftus had used the same ladder as the men who died to descend into the put, but had suffered no ill effects.

Humberside Police said no one has been prosecuted in respect of either man’s death.

She told Farmers Weekly: “Alex was a great arable farmer. He always enjoyed harvest and getting in the combine. He liked being in his tractor working the land.

“He was not a risk-taker and knew of the dangers associated with slurry. Farmers may think that it will never happen to them.

“They may think that they are invincible. They might get away with it nine times out of 10. But that one time, it’ll kill you and will devastate your family.”