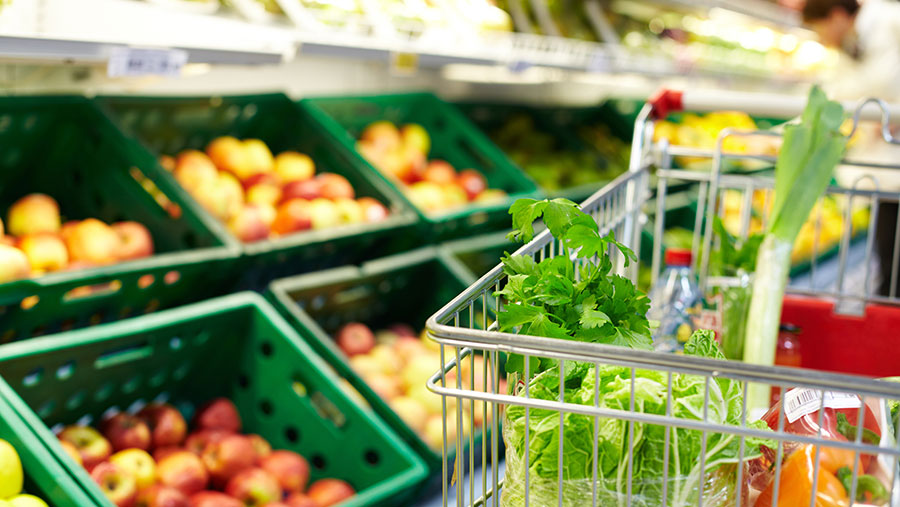 Most people trust UK-produced food, according to the results of a new Red Tractor and YouGov consumer survey, with the Scots having the greatest confidence in food originating from a home nation.

More than 3,500 people were surveyed to gauge British attitudes to food produced in the UK and imported from other countries.

According to the survey results, published on Friday 8 October, 84% of people thought food was safe, 80% gave it the thumbs up for good quality and 75% believed it to be traceable.

Nearly half specifically put that trust down to the UK’s food and farming standards regime and assurance schemes.

When it comes to confidence in food that is both produced and consumed in a UK nation, the highest is among the Scottish, followed by the Welsh.

Levels of trust in food from the EU also remain high – especially for food produced in Ireland, which tops the table as the most trusted exporter to the UK.

All the major EU countries are trusted more highly that the rest of the world – with the exception of Poland.

Of the rest of the world, New Zealand is the most highly trusted, followed by Canada and Australia – a reflection of close cultural, historical and social ties.

China is the least trusted, though only 25% of those surveyed trusted food produced in the US.

The varying levels of trust in food from different countries raises significant questions and challenges for future UK trade policy, says the report.

Red Tractor also suggests that, in a post-Brexit world, there may be increased importance placed on the presence of assurances scheme logos on food products, in order to reassure consumers that what they are buying can be trusted.

Christine Tacon, Red Tractor chairwoman, said parts of the UK food industry where standards and schemes are less visible to consumers, such as takeaways and food-service businesses, had much lower levels of trust.

“More than twice as many people trust food from shops and supermarkets – where front-of-pack logos and certifications are visible – than takeaways and deliveries, where those standards and the regulations they follow are harder to track and see,” she said.

Ms Tacon suggested it was not trade deals, but the UK’s food standards regime that was important going forward.