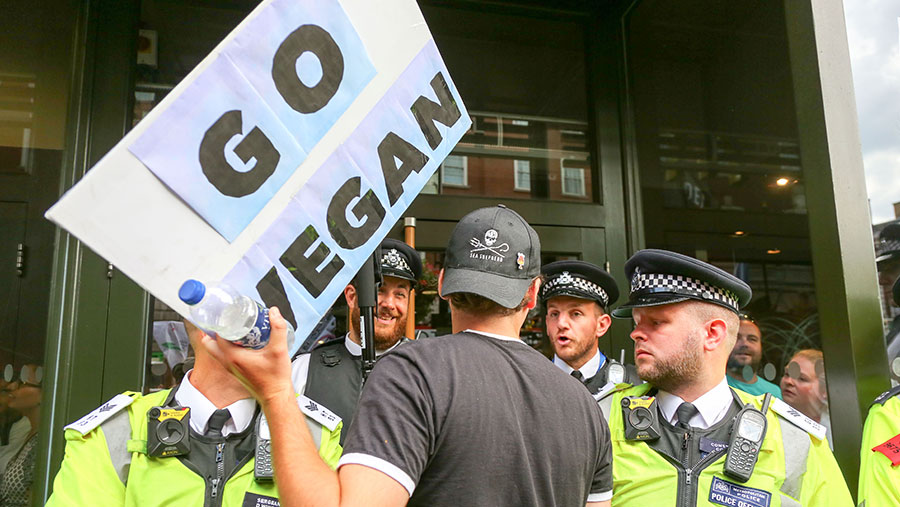 The need for a positive farming message to counter anti-meat campaigners is among the top issues facing NFU leadership hopefuls.

Seven candidates are competing for the roles of NFU president, deputy president and vice-president, which will be decided next month.

The first of eight election hustings – which give farmers the chance to quiz the contenders – took place at Cobham, Surrey, on Monday (22 January).

The start of the election campaign comes during a month dubbed “Veganuary” by vegan activists who have taken to social media to promote their meat-free agenda.

Leicestershire sheep producer Charles Sercombe, who is also standing for the roles of NFU deputy and vice-president, said farmers should be more open about explaining what they do.

The public would listen to well-thought-through and persuasive arguments – and farmers needed to get the message across first, said Mr Sercombe.

But it was important to recognise that some groups of activists – often those with single track issues – would never listen whatever the argument.

“It is no good taking them on one-to-one,” said Mr Sercombe.

It is important the whole supply chain target people who were considering whether they should stop eating meat or give up dairy products altogether, suggested Mr Oakes.

Failure to win the argument would risk “losing a whole generation,” he added.

Somerset farmer James Small, who is standing for the post of NFU vice-president, said it was important to challenge vegans on the facts rather than fanning the flames.

Although there had been a lot of media coverage, it was important to recognise that vegans were relatively few in number, Mr Small told NFU members.

“We have to be careful how we handle this as a farming sector,” he said. “I don’t think we should be responding like for like.”

But Mr Small said it was important to challenge incorrect information.

“When something is demonstrably, absolutely categorically wrong, then we do need to challenge that. But other than that, we would simply be adding fuel to the fire.”

The NFU leadership election will take place immediately after the union’s annual conference in Birmingham on Wednesday 21 February.

They will be followed by hustings at Skelmersdale, Lancashire and Scotch Corner, Darlington (Wednesday 24 January); Oakham, Rutland and Newmarket, Suffolk (Thursday 25 January).