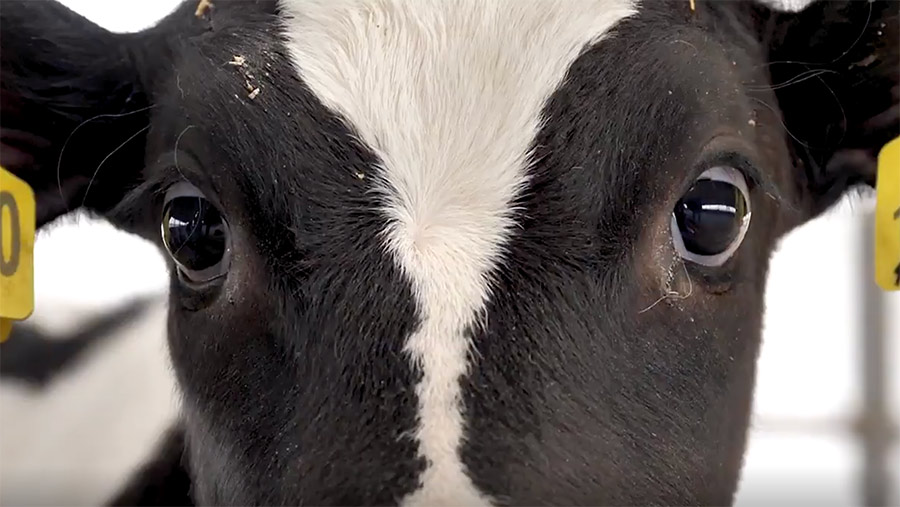 A TV advertisement for Vegan Friendly UK has been banned following complaints about scenes of graphic violence towards animals.

The advertising watchdog received 63 complaints about the advert, which aired in March and suggested there is potential hypocrisy among meat-eaters who said they cared about animal welfare.

The advert showed two women and one man eating around a table, with cuts to clips of fish gasping for air, a live piglet alongside a pig with its eyes closed followed by pork meat being chopped with a cleaver, and blood splashing onto a takeaway box.

Another clip showed a close-up of one of the women eating a burger, followed by a clip of a cow’s face which appeared to have tears coming from its red eyes.

The face of a live cow was also shown, rapidly followed by a cow’s skinned head, with its eyes and teeth still present, lying on its side.

Complaints included that the advert contained graphic imagery and gratuitous violence towards animals, which caused unnecessary distress to viewers.

The scheduling of the advert was also challenged, as it was broadcast when children could be watching.

The Advertising Standards Authority (ASA) said some of the images used in the advert were graphic and ruled that some of the clips shown were likely to cause distress within the context of the advert.

Of particular concern was the clip of the cow which appeared to be crying, and the several clips that showed fish struggling to breathe, the ASA said.

The distressing nature of the advert to both younger and adult audiences meant it was not suitable for television broadcast, regardless of scheduling restrictions.

Vegan Friendly UK, which campaigns to increase the consumption of plant-based food and certify businesses as “vegan-friendly”, said that it had carefully selected the clips of animals used in the campaign.

It clarified clarified that the clips were sourced from licensed stock footage sites or from the public domain, and believed they would not be out of place in a cookery programme or nature documentary.

The group believed that the clips used in the advert did not portray actions of violence or harm and that such imagery was seen regularly in butchers’ or fishmongers’ windows on the average UK high street.

But the ASA said that several of the clips shown, such as those which depicted animals in distress or the skinned cow’s head, would likely not be seen in these places.

In addition, visiting a butcher or watching a cookery programme was an active choice which came with different expectations to those of TV adverts, the watchdog said.

Vegan Friendly UK has been told by the ASA to avoid using imagery which is likely to cause distress, and the advert must not appear in the form complained of.