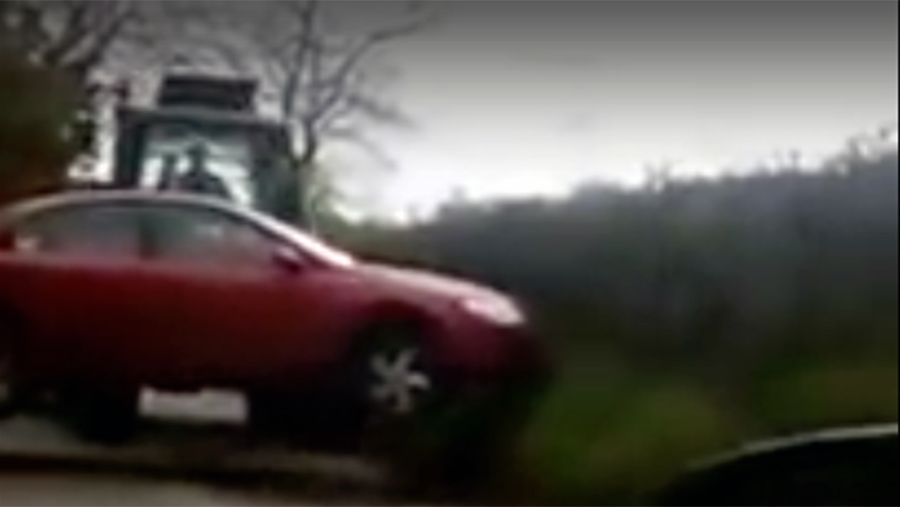 Bank holiday ramblers were left speechless after watching a Somerset farmer pick up a wrongly-parked car with his tractor’s front loader and carry it down a narrow country lane.

Two passers-by could hardly believe their eyes as they filmed the saga, having stopped to let the farmer pass on his way to depositing the red Mazda car on a main road.

The farmer can be heard explaining that the car was parked in a driveway and he was asked to move the vehicle because it’s owner could not be found.

When the women who witnessed the no-nonsense approach to dodgy parking asked the farmer what was happening to the car, he replied: “We’re going to put on the main road. It’s the police’s problem now.”

Sounding both shocked and excited, the ladies continued to film as the tractor drove past with the car hoist sideways in the air, balanced on the front forks of the tractor.