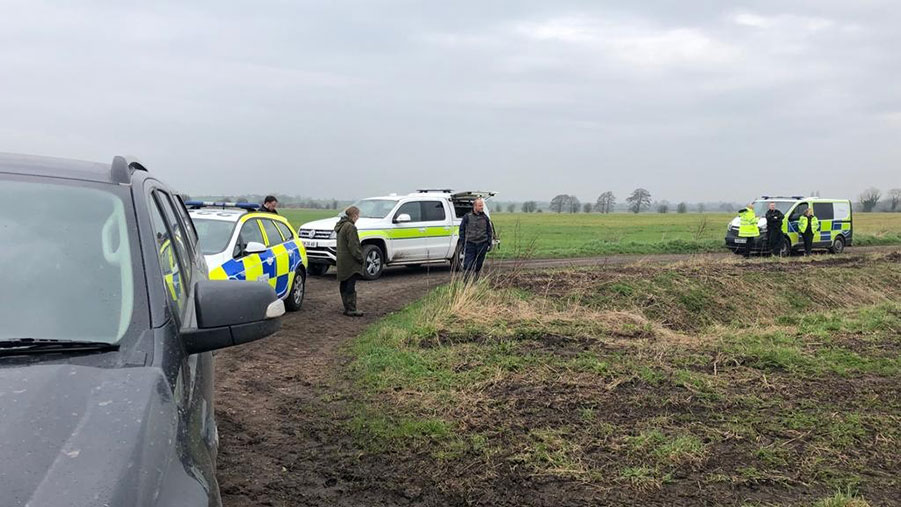 Bomb disposal experts have used a field at Harper Adams University to detonate a First World War shell found in a garden in Newport, Shropshire.

Scott Kirby, farms manager at the university, took the “unusual request” to use a field for the controlled explosion on Wednesday morning (16 March).

“Contrary to rumours we haven’t taken mole control to the next level,” Mr Kirby quipped on Twitter.

Contrary to rumours we haven’t taken mole control to the next level. It was the bomb squad and @TelfordCops making use of one of our remote fields to safely dispose of a WW1 shell found in a Newport garden. pic.twitter.com/fz0L1i5oEq

Mr Kirby told Farmers Weekly: “They had tried unsuccessfully to find a site nearer Newport, so they rang the university.

“It was a bit of ground that will be drilled in the spring so it was fairly bare.

“They were fairly comfortable it wasn’t a major risk, no fuse with it. It was only after they blew it up that they were able to tell it hadn’t had any explosives in it. It probably had sand in and was a training ordinance rather than anything live.

“You still get a good bang because they put a bit of explosive on it to disrupt it.”

Mr Kirby said the call to carry out the controlled explosion was not much of a surprise.

“You wouldn’t believe the requests we get one day to the next, like people wanting to use the milking parlour for a dating game.”

Responding to replies to his video on Twitter, Mr Kirby said: “The bomb disposal guys just dropped into the conversation there’s been millions of munitions unaccounted for in the UK over the past century. Sounds like a good reason for no-till.”

A West Mercia Police spokesman said: “At around 4.15pm Tuesday 15 March we received a report that an unexploded ordnance was discovered in a garden on Stafford Road in Newport.

“EOD [Explosives Ordnance Disposal] attended the scene Wednesday 16 March and moved the device to a safe location where they conducted a controlled explosion.”