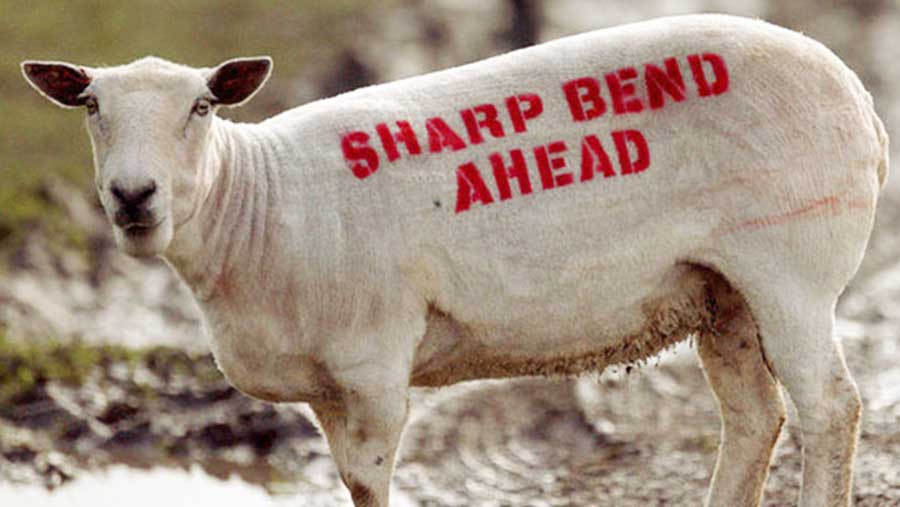 A sheep farmer takes centre stage in a new campaign to raise awareness about fatalities on country roads.

The video features sheep and vehicles sprayed with helpful signs prompting drivers to slow down, anticipate hazards and brake before the bend, not on it.

It is being promoted on social media platforms, including Twitter using the hashtag #helpfulhazards

Rural road fatalities in the UK

The campaign was launched as new figures from the DfT revealed that country roads are the deadliest, with an average of three people dying on them every day in the past year.

In spite of this, almost a quarter of road users surveyed admit to braking too late on bends and 41% claimed to have swerved to avoid something in the road.

The problem is most acute among young drivers, with a third confessing to braking too late before a bend and more than 10% admitting to “taking the racing line” by crossing on to the opposite side of the road to take a turn faster.

Young drivers are also the most likely age group to overtake on a bend without a clear road ahead.

Shaun Spiers, chief executive of the Campaign to Protect Rural England, said: “Our country roads and lanes are for everyone. They are for drivers, walkers, riders, cyclists and, of course, farmers.

“They are often beautiful, lined by high hedges and dry stone walls. They are part of rural life. But they also account for the majority of fatal crashes.

“Even if you think you know a road like the back of your hand, you can never be sure what’s round the corner. So let’s keep our country roads safe for everyone. Please take care, and keep your speed down.”