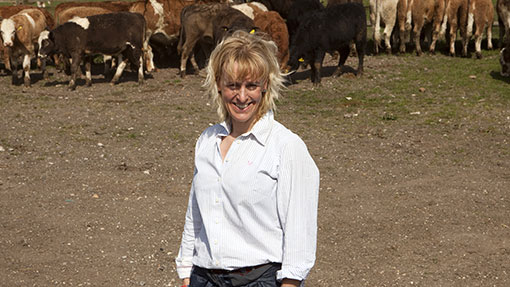 The increasing influence of women in agriculture is good for the future of the  industry, according to DEFRA minister George Eustice MP.

Speaking at the Ladies in Agriculture event at the Farmers Club, London last night, Mr Eustice welcomed the fact that women from all kinds of backgrounds were making their mark by providing leadership in farm businesses and in the wider industry.

More on this: The changing face of women in agriculture

He agreed with the 60 women attending the networking event  on International Women’s Day that females were often better than men at collaboration – an essential skill for the progression off farm enterprises.

“It should not be about more women simply for the sake of it, but about bringing a different skill set into the industry from which everyone can benefit,” he said.

The minister was particularly pleased at the election of beef farmer Minette Batters as the new deputy president of the NFU and the fact that more women from non-farming families were looking for careers in the sector.

“In farming the perception is that it’s a masculine industry and sadly seen as unglamorous. We have to change perceptions and I think groups like Ladies in Agriculture help to achieve that,” he added.

Mr Eustice confirmed that he was committed to ensuring more female applicants were encouraged to apply for public appointments where government had an interest, such as the chair and board positions within the AHDB.