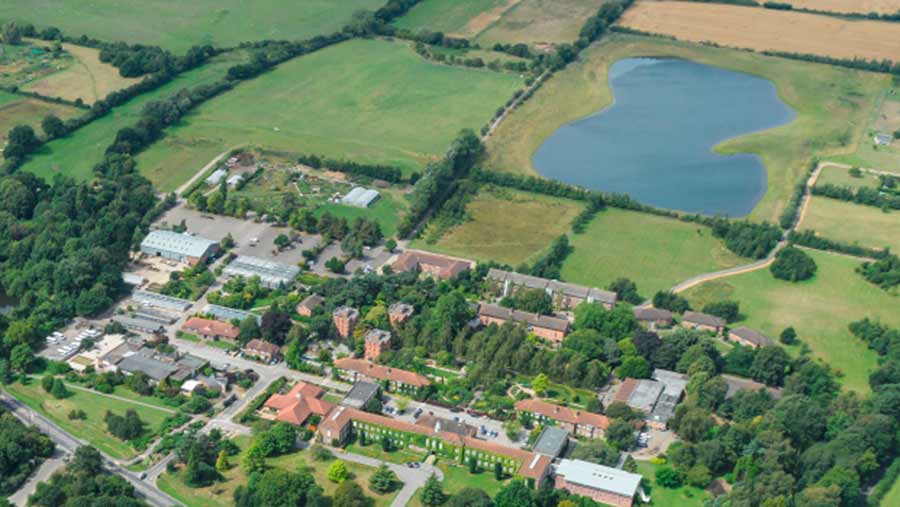 Writtle College in Essex – which counts two former farm ministers among its alumni – can finally award its own degrees.

Established in 1893 and located just outside Chelmsford, Writtle has been awarded university college status and will be known as Writtle University College from August.

It is the second milestone achievement in the space of a year for the college, which was granted taught degree awarding powers in March 2015.

At the moment, those degrees must be validated by the University of Essex. But from September 2017, Writtle will be able to provide degree courses in its own right.

Past Writtle students include current Defra minister George Eustice and former Defra minister Jim Paice – both of whom studied at the college before entering politics.

Mr Eustice studied commercial horticulture at Writtle from 1990 to 1993. Sir Jim received a National Diploma in Agriculture from Writtle in 1970. College principal Stephen Waite described Writtle’s new status as the successful culmination of a long, arduous process that had involved the efforts of many colleagues.

“We are proud to offer a unique learning experience for our students and have invested in facilities to ensure we provide courses that are relevant to a modern and changing world,” he said.

Demand for skilled graduates within the sector was continually on the rise, said Dr Waite.

“This is closely linked to current topics such as population growth, the pressures of feeding our planet and ensuring it has a sustainable future.

“That is one of the key messages we aim to promote to students and their parents.” Dr Waite added: “We already have a fantastic track record of producing high-profile and award-winning alumni who go on to achieve great things in their chosen industry,” chairwoman of governors Julia Smith said: “Today is a milestone in our history and our new title and status reflects our direction of travel, being the culmination of quite a journey.”

She added: “I would also like to congratulate and thank all of our colleagues, staff and fellow governors on this fantastic achievement. Writtle has a very bright future.”