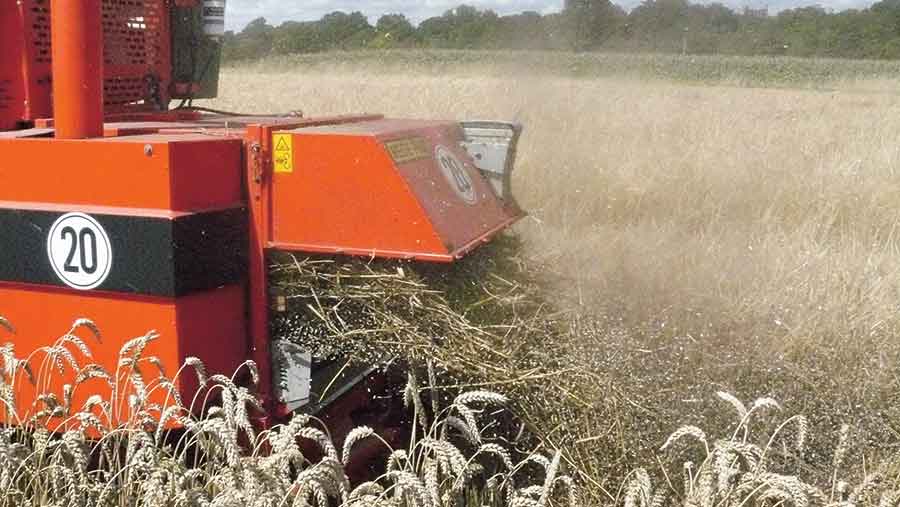 Cereal growers looking to cut costs this autumn are being warned that if they slice seed treatments too harshly, they might face a resurgence of seed-borne diseases.

The threat from these diseases can be underestimated as growers rarely see problems if they have been using seed dressing.

Nigel Adams, seed treatment development manager at agrochemical group Bayer, points out the problem with seed treatments is that when they do work, the grower does not see anything.

He advises caution for those growers who see seed treatment as an easy target to cut costs, since seed-borne disease can’t be treated later.

“There are many seed-borne diseases out there that growers haven’t encountered before thanks to good-quality seed dressings,” he says.

Mr Adam highlights five seed-borne diseases that are controlled by seed treatments, and which cannot be treated once the infection has taken hold:

With bunt, spore masses that smell of rotting fish replace the grain and cause the ear to splay and develop a blueish tint. The spore balls rupture in the combine, releasing the fine, black and smelly spores, which are very evident at harvest as a sooty cloud issued from the back of the combine. 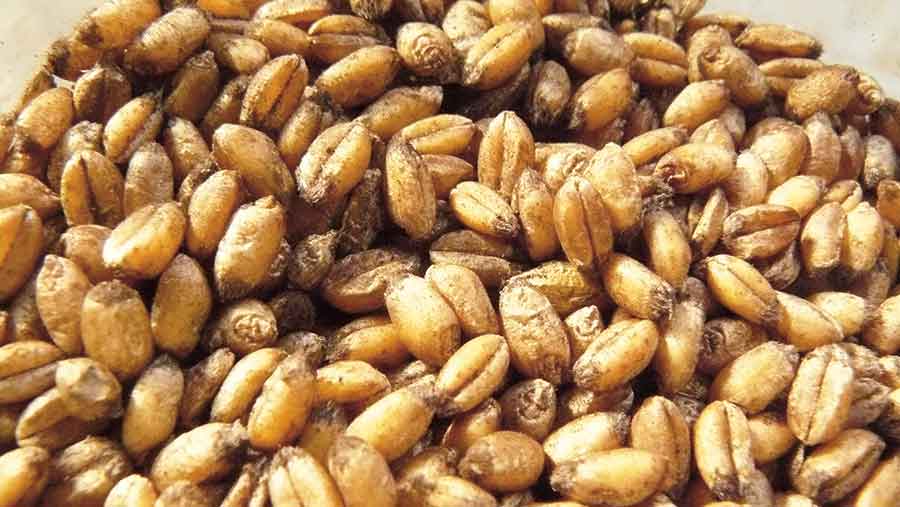 This sooty mass of spores contaminates healthy seed in the combine as well as the soil and nearby crops. Because of the smell, infected seed cannot be used for human or animal consumption, thereby hugely reducing the value of the crop.

Superficially similar to net blotch, leaf stripe manifests as longitudinal striping of the leaves, causing early leaf death and often failure of the ears to fill. 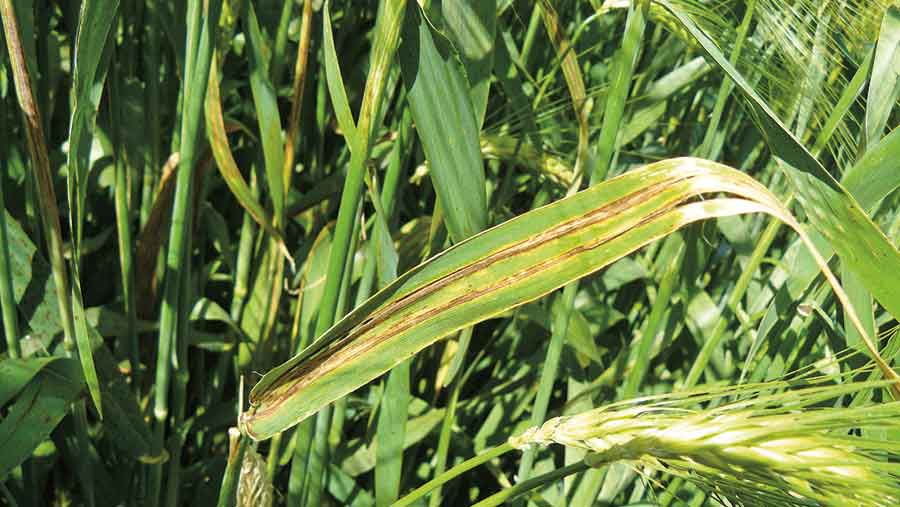 The danger of uncontrolled leaf stripe has been experienced by growers before. In 1989, resistance to the existing mercury-based treatment developed.

In a very short space of time, leaf stripe became a major disease in Scotland and only disappeared again when new effective seed treatments were introduced.

The grains of loose smut-infected plants are replaced by spore masses that are only loosely attached. They are soon blown from the ears during the flowering period, infecting surrounding plants. 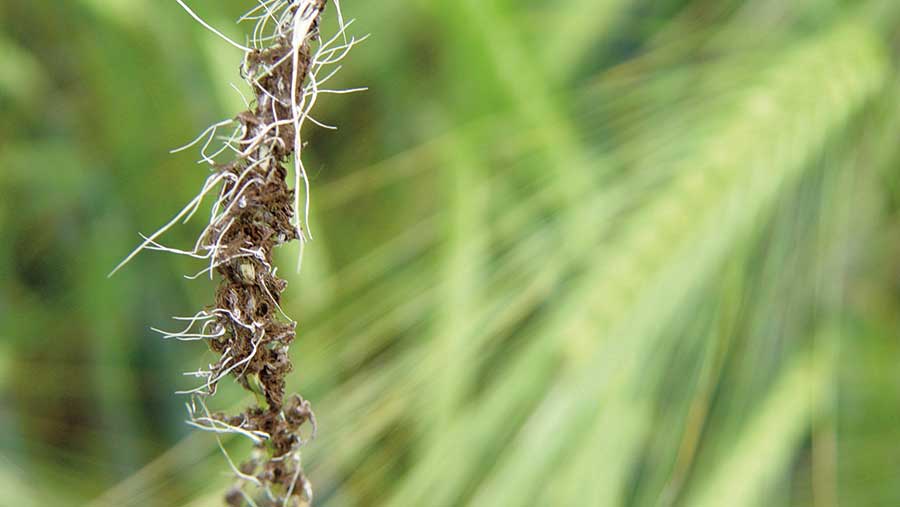 These newly infected plants show no signs of the disease until the infected seeds are sown and come into ear the following season, completing the infection cycle.

As the fungus infects the embryo deep inside the new seed, it makes the disease one of the most difficult to control.

Not all seed treatments are effective in controlling this disease, as they do not penetrate quickly enough to kill the fungus before it spreads up the plant at germination, and a highly systemic seed treatment is is needed for control.

This disease affects the stems and the leaves, as well as the ears of the crop. The infection causes the stem of the plant to split open and die, releasing the spores inside and allowing the disease to rapidly spread. 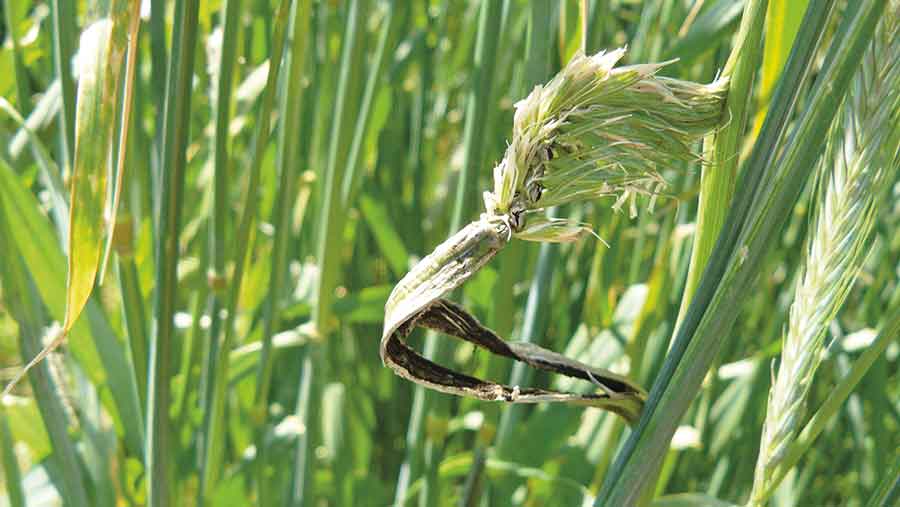 Striped smut outwardly manifests itself as long, discoloured stripes running in parallel to the veins of the plant. Infected stems are weakened at the point of infection, which causes the stem to brackle and grain fill to fail.

This disease, which is rare in the UK, is similar to loose smut, but instead of the spores being blown off, they remain in the ear of the infected plant protected by a membrane. 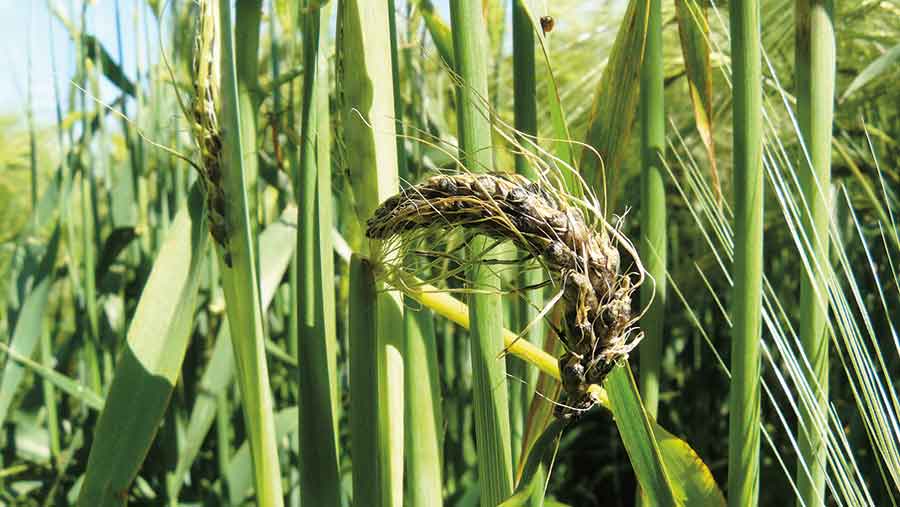 The spores stay in place until harvest, when the membrane is broken in the combine, releasing the spores and causing the spread of the infection onto otherwise healthy grains. Again the disease in the infected seeds only shows itself the following season at ear emergence.