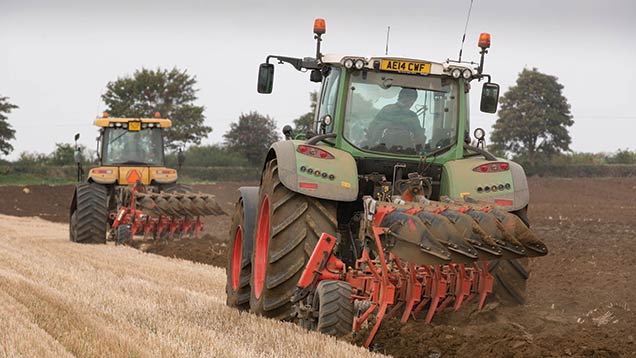 At current wheat prices, farmers are going to have to cut costs to the bone this autumn to stand any chance of making their crops pay.

But it can be hard to find a balance between cutting inputs and maximising yield and quality, so it is vital to look at both sides of the gross margin to find the most efficient system.

According to Ian Bailey, head of rural research at Savills, arable producers’ costs of production (including fixed costs) averaged £108/t for feed wheat in 2014, compared with an average winter wheat price (including milling wheat) of £132/t.

However, when one considers that the bottom quartile of producers averaged costs of £138/t in 2014, compared with the top quartile at £80/t, there is clearly scope for some producers to further trim their costs.

Cutting costs doesn’t always have to affect yield. According to independent soil and cultivation adviser Philip Wright, taking a closer look at soil structure and cultivations can deliver real benefits.

“You can probably save money and do a better job – it is all down to assessing whether you need to do as many cultivations as usual.

Less can be more: Do you need to go as deep as you normally do? Very few people really look at their soil structure and tailor their cultivations accordingly.”

Where farmers have identified possible compaction earlier in the season, they should dig a hole now and see whether the crop has broken through the layer with its roots.

It is also worth only treating the problem areas like headlands, rather than the whole field, he adds.

By doing fewer passes, farmers will not only save fuel, labour, and wear and tear on machinery, they will also conserve soil moisture and organic matter.

“If you move the soil regularly at the same depth you can create planes of weakness, so it is good to vary the depth,” says Mr Wright. Reducing the number of cultivations can also make other operations more timely.

“If you are trying to control grassweeds, less soil disturbance will help. Many drills can also be tweaked to become direct drills, which could be worth doing where soils are in good condition,” he adds.

Setting the equipment and tractors up appropriately will also improve efficiency. “Make sure it is set up for the depth you want to work at.”

For shallower work, the tractor will require less ballast, while lowering tyre pressures within the appropriate range will improve traction and save fuel.

Edward Hutley, farm consultant at Strutt & Parker, agrees it is important to avoid recreational tillage in search of perfect seed-beds. “But they shouldn’t be cloddy, as you need good seed-to-soil contact for germination and efficiency of pre-emergence herbicides,” he says.

“Aim to cultivate behind the combine while soils are warm and friable – leaving stubble can bake the soil out, making it harder to move and increasing tillage costs.”

Minimum tillage can save £4/ha, and Mr Hutley recommends using stale seed-beds to tackle grassweeds and reduce the need for herbicides.

“A well-timed glyphosate treatment will cost £2/litre versus £12.50/litre for a pre-emergence herbicide.”

Seed is another area where farmers can save, especially if they have clean fields to produce home-saved seed.

“It can be a false economy, costing £21/ha in an extra herbicide application to get rid of unwanted volunteers – but home-saved feed wheat with a single-purpose dressing will cost £260/t, against £340/t on the open market.”

Farmers should choose vigorous varieties to aid weed control, and drill later to tackle blackgrass – although seed rates should be adjusted according to drilling date, says Mr Hutley.

“If you are drilling later in the season, don’t bother with prothioconazole- and clothianidin-treated seed.

You can get good barley yellow dwarf virus control with cypermethrin and micronutrients at a cost of £4.70/ha compared with a combination seed treatment at £135/t.”

It can be tempting to reduce fertiliser and fungicide use, but it is important not to abandon good husbandry and compromise yields in the drive to cut costs, he warns.

“You have to farm with a long-term view, and have your ear tuned to the requirements of the soil and crop. But that said, many of our farms are on biannual phosphate and potash applications, so there is certainly scope to reduce P&K use this year.”