Testing aphids is a vital part of detecting changes in insecticide resistance, as new threats such as neonicotinoid-resistant peach potato aphids lead to changes in the advice on which aphicides to use.

Controlling aphids is important, as key species spread costly viruses, such as beet yellows in sugar beet and turnip yellows in oilseed rape. 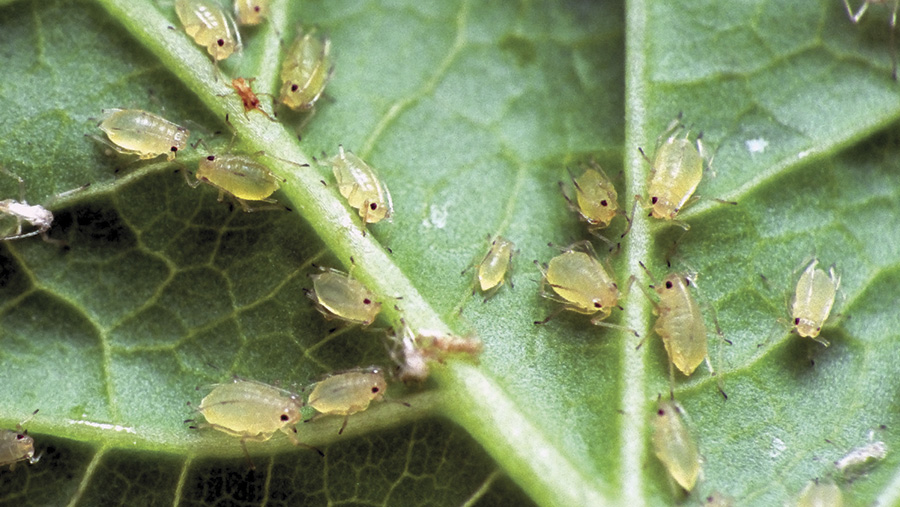 Steve Foster of Rothamsted Research co-ordinates a project collecting live aphids from field and protected crops across the country and tests for shifts in sensitivity to a range of current and novel insecticides.

“We regularly find resistance to the pyrethroid insecticides, to pirimicarb and to chlorpyrifos in the peach potato aphid.

“But UK field populations aren’t showing any resistance to the neonicotinoids, based on our tests, despite widespread strong resistance to them mainly in peach orchards in southern Europe.”

While this is good news, Dr Foster is not complacent.

In continental Europe, strongly resistant peach potato aphids are moving from peaches and nectarines into other crops growing close by.

He believes the industry must anticipate potential problems by testing live aphids sampled from a wide range of UK environments.

“Our findings suggest that at least some aphids in our samples collected from protected crops may have come from more genetically diverse, sexual populations on imported plant material.

“This could lead to aphids with new resistance mechanisms coming in to the UK.” 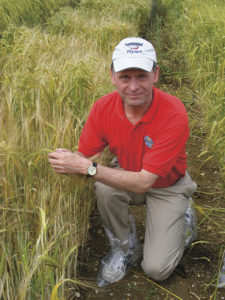 To keep growers up to speed on which aphicides to use and which to avoid, the team at Rothamsted is producing susceptible baselines for a range of active ingredients.

Though the selection pressure may have fallen in some cases due to product withdrawals, there is still high resistance primarily to the pyrethroids and pirimicarb.

The project will continue to test, using DNA diagnostics, for several known forms of insecticide resistance in the aphid samples collected.

Monitoring changes in the frequency of each type in the field is critical to product choice, says Dr Foster.

“Currently, [Modified AcetylCholinEsterase] resistance to pirimicarb is the most common type, with [knockdown resistance (KDR) and super-KDR ] to the pyrethroids also causing issues.”

While the peach potato aphid is the main player in the project, other species are on the radar, particularly the grain aphid (Sitobion avenae), the potato aphid (Macrosiphum euphorbiae) and the lettuce aphid (Nasonovia ribisnigri).

Last season, there were no reports of insecticide failures in the latter two, though problems in the grain aphid population with pyrethroids continue to feature, warns Dr Foster.

The project is also measuring potential fitness costs associated with the kdr mechanism in grain aphids, to highlight possible weaknesses.

“It’s clear that we need as many different modes of action as we can have at our disposal, to avoid excessive resistance selection pressures on our insecticides,” he concludes.

Find out how to get involved on the AHDB’s website.

Resistance to pyrethroids, pirimicarb and chlorpyrifos has been detected in the UK within some species.

Shifting resistance pressures warrant thorough field monitoring to help us detect resistance threats and tackle them before they become a persistent and potentially costly problem.