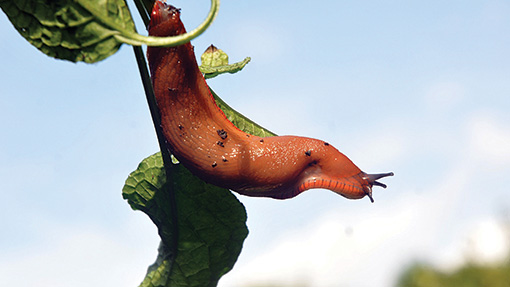 An app is now available to help growers stay within the limits for metaldehyde slug pellet use this autumn.

The recent wet weather means many growers will look to use metaldehyde to control increasing slug populations. However, metaldehyde is under increasing pressure after regularly being detected in watercourses.

Inez Cornell, product manager at agrochemical company Certis, which launched the app, says with the spotlight on metaldehyde, the app offers a simple solution to ensure growers stick within the Metaldehyde Stewardship Group guidelines and the statutory limits.

“The last thing we want is to lose this key pesticide, so this could be crucial in helping protect what growers have got left and help them take an integrated approach.”

Users are able to input metaldehyde and ferric phosphate application rates, and dates, according to the crop.

The app will then calculate how much metaldehyde or ferric phosphate has been used and gives advice on limits for that season and calendar year.

“Where growers are close to the maximum metaldehyde allowance, the app will suggest replacing treatments with ferric phosphate.”

There is also a maximum limit for ferric phosphate products Sluxx and Derrex of 28kg/ha per crop, with a maximum 7kg/application.

Pellet applications will then be collated, calculated, reported and emailed back to the user.

“It can be used online and offline, so data can be recorded even in areas with poor internet coverage,” she explains.

The app will be available to download and can be used on smartphones, tablets, and desktops.

Best practice guidelines have been put in place and there is a statutory maximum of 700g/ha per calendar year for metaldehyde.

In addition, the Metaldehyde Stewardship Group has set an autumn restriction period from 1 August to 31 December, when total doses are restricted to a maximum total application rate of 210g/ha of the active ingredient. This may be reduced to 160g/ha or less upon the recommendation of a Basis-qualified adviser.