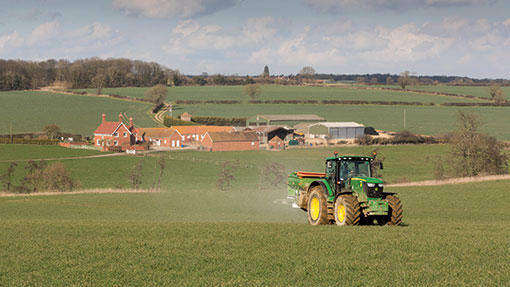 Maintaining the correct balance of key nutrients potassium and magnesium in your soils can significantly boost yields and profit according to one long-term trial.

There is limited data on the effects of potash and magnesium shortages in arable soils and its effect on yield of various crops over longer periods of time.

However, fertiliser producer K+S UK and Eire have been running trials across a typical Norfolk light-land farm rotation for the past seven years and results have shown a significant yield benefit from applying the two crucial nutrients in each year of the trial.

Six replicates of six different treatments included an untreated control, alongside various rates and combinations of potash, magnesium and a foliar applied magnesium and sulphur product.

Who are K+S UK and Eire?

K+S UK and Eire technical manager Andrew Watson says the data was some of the most consistent he has seen from a trial of its nature.

“It tells us that there is a consistent economic response in all the crops when potash and magnesium were applied over the seven years.

“It was particularly the case in winter and spring barley, where yields were boosted by between 0.4-0.9t/ha,” explains Mr Watson.

He adds that based on recent crop prices, the added income from the yield responses in the trial over a seven-year period equated to £630/ha, or £90/ha/year.

Potash is crucial in increasing nitrogen use and photosynthetic efficiency, as well as increasing the drought, disease, frost and lodging resistance of a crop.

It also helps increase grain numbers and quality and according to the RB209 fertiliser manual, soils should be maintained at a K index of 2- where possible.

The British Survey of Fertiliser Practice conducted by Defra each year highlights a declining use of potash fertiliser, with current use about half that of 1984 and about one-third of UK arable soils estimated to be deficient.

From NRM laboratories data – the UK’s largest soil and tissue testing company – about one fifth of arable soils sampled are also deficient in magnesium.

Potassium and magnesium are vital for crop yield

The element is close to potash on the periodic table and serves similar functions, but its main role is to ensure that carbohydrates can be made and moved around the plant – a key component in yield formation.

“Yields are static and nutrition could certainly be a part of that. Farmers are tending to concentrate on nitrogen, disease control and in some cases grassweeds, but potash and magnesium are seen as less critical inputs,” he adds.

He warns that despite low commodity prices eroding growers’ margins, taking a “potash holiday” to save cash could result in soil indices dropping to 1 in just a season.

“That would require spending considerable amounts of money, so growers should think about applying on an annual basis to maintain target index, along with magnesium too,” says Mr Watson.

Good crop nutrition is based on balancing the key macro- and micronutrients that all have their own job to do in keeping crops healthy and driving yield.

Although potash can provide yield benefits by contributing its own roles within the plant, it also helps ensure that nitrogen is used more efficiently.

Mr Watson says nitrogen use efficiency “drops like a stone” below the optimum soil index of 2-, with Rothamsted Research work showing 77% efficiency at index 2 and just 49% at 0.

“When you are spending £200-300/ha on nitrogen inputs, half of that could be lost and not used by the crop, so keeping potash indices maintained should be a no brainer,” he adds.

Who are K+S UK and Eire?