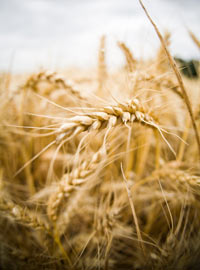 A new bank lending initiative has been launched to help farmers overcome the costs associated with converting to organic cereal production.

Triodos bank, which specialises in “ethical lending”, has set aside £5m, which it will lend at 1% over the Bank of England base rate (currently 0.5%) to conventional cereal farmers converting to organic production. Each farmer can borrow up to £500,000 at the preferential rate, but may be able to borrow more at normal market rates.

If successful, Triodos said the initiative would support an extra 10,000 acres of new organic cereal production, equivalent to 10% of the UK’s total. It also estimated farmers would save £160,000 over three years, compared with normal market rates.

“Farmers have been affected by the credit crunch, so this package will remove one of the reasons for non-conversion,” Ian Price, manager of Triodos’ Farming and Food team said. “We hope this will also encourage the organic sector to address market awareness issues and continue to press home that technical challenges can be overcome.”