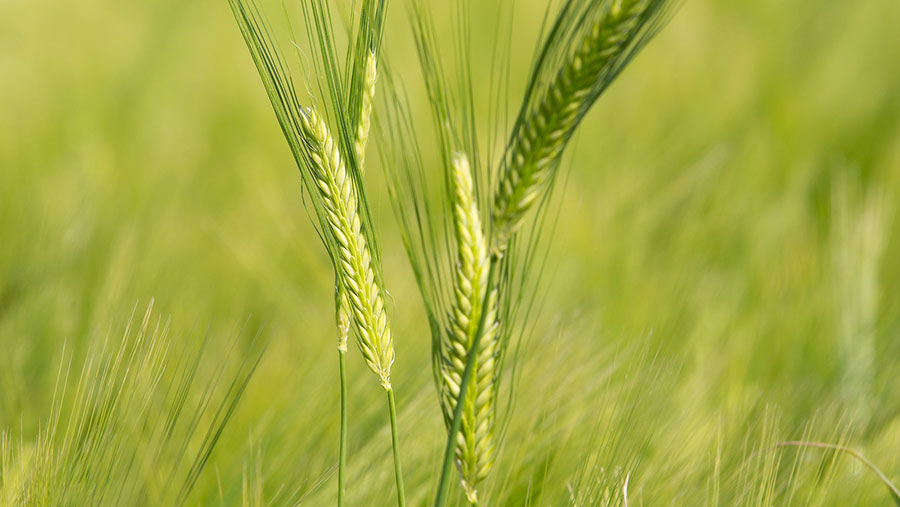 Spring barley is making a return on many farms and its success depends on achieving high yields as well as hitting quality specifications.

The UK could see the second biggest area of spring barley in two decades with many growers coming back to the crop after its absence in rotations.

See also: Why spring oats could be a good bet for the 2017 season

However, whether it’s for distilling or for brewing, experts say it is important that growers do everything they can to produce quality grain.

“It’s a premium product, so there are a lot of quality parameters the crop needs to meet, like soundness of the grain and 98% or above germination.”

Simon Hobbs, seed manager – North Anglia at Agrii adds the cost of production is also lower than for winter crops, and given the right management, it has the potential to offer greater returns.

Here are five top tips to help growers ensure they maximise yields and make a success of spring barley.

“Spring barley doesn’t like any compaction, so the seed-bed needs to be good and even,” says Mr Hobbs.

“The sooner you prepare the seed-bed the better, depending on soil type, and don’t leave it too rough.

In the spring, if blackgrass is a threat, he says growers should avoid cultivating in front of their drill – minimal soil disturbance when drilling is the best way to avoid encouraging a new flush of blackgrass.

When it comes to spring barley, applying nitrogen is a different proposition to winter barley.

“With winter barley you can generally apply as much nitrogen as you like within nitrate vulnerable zone regulations,” Mr Murrie points out.

“For spring barley, you have to look at previous cropping to ensure you don’t apply too much.”

Obviously, if the crop is for distilling, it’s slightly different than if it is being grown for brewing.

“So in terms of how much nitrogen you’re applying, you need to look at the market you’re growing for.”

3. Don’t skimp on the seed treatment

“You want an appropriate treatment that’s going to cover as many bases as possible in terms of disease,” Mr Murrie says.

“If you spend the money putting the crop in the ground and then it doesn’t come through, you’ve wasted a lot of money.”

Therefore, he believes a good-quality seed dressing such as Raxil Star (prothioconazole, tebuconazole + fluopyram), which is at the top end of control for all the main seed-borne diseases, is crucial.

“If you’re somewhere like Norfolk, which has light land, you might want to drill pre-Christmas, because you need to get a better-developed root system early ahead of any potential drought,” explains Mr Hobbs.

Soil moisture on light land disappears quickly if you get a dry spring, he warns.

“While if you’re on heavy land, you’re not going to be able to drill until the land dries out, which may be at the end of February or even the end of March – any later and yields will suffer.”

So it’s important on heavy soils farmers give themselves the best opportunity to drill early by using early autumn cultivations or by the use of an overwinter cover crop to improve seed-bed conditions.

He suggests growers adjust their seed rates according to drilling date and seed-bed conditions as well, a typical range being 300 to 375 seeds/sq m.

Finally, with such high demands on the quality of the crop, it’s crucial that growers don’t overlook any detail.

“You can’t cut corners, because if the crop isn’t up to the right standard, it’s not going to work for distilling.”