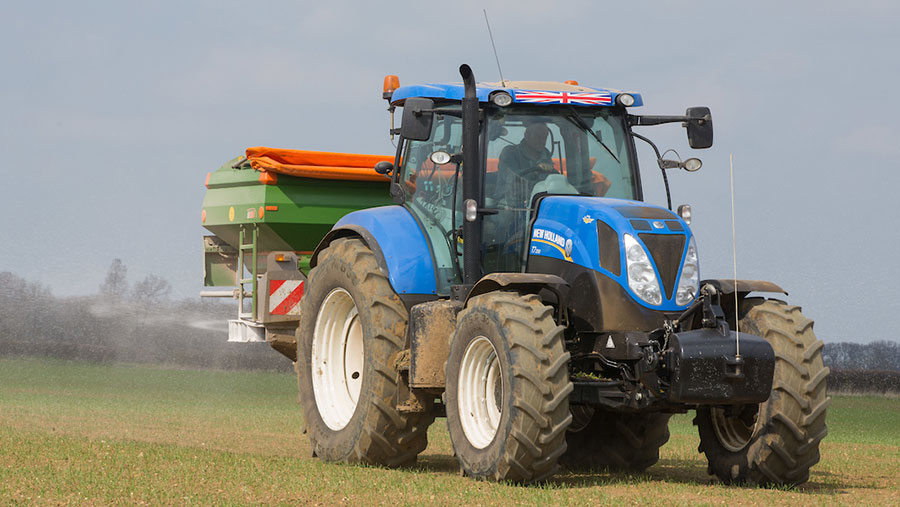 Spring barley growers may be able to cut nitrogen costs as drilling is delayed by wet weather, although they are being advised to increase seed rates to counter delayed sowing dates.

The soggy start to the year, coupled with wintry weather at the start of March, resulted in fields being impassable for tractors and seed drills. Although the backlog of work is ever-increasing, the window for getting spring crops drilled is now reduced.

Mr Thornton explained that a farmer growing malting variety in the South Downs in southern England had decided to reduce his nitrogen rate this year from 150kg/ha to 120kg/ha.

“There certainly is the potential for savings to be made by growers in terms of their nitrogen use this season. We’ve had a lot of rain, so any nitrogen left in previous crops is likely to be gone,” he said.

“However, the good news now, is should growers get the crop in the ground soon, any rain will help the plant take up the nitrogen quicker,” he added.

Mr Thorton’s advice in February, was to increase seed rates to between 350-400 seeds/sq m, for late March spring barley drilling. However, this figure will need to be increased again.

Mr Thornton also highlighted the significance of judging the appropriate seed rate on a field-by-field basis.

Despite the fact later-drilled crops are in the ground for a shorter amount of time, Mr Thornton advises growers to the resist the temptation of reducing fungicide sprays.

“My advice is not to just apply one fungicide as you can come unstuck, I’d still say crops will require two sprays, but there is scope for reducing rates,” he said.

He explained that in a short growing season, the crops go through their growth stages very quickly, so if only applying one spray, getting the timing spot on can be very tricky.

Traditionally, 15 April is late enough for drilling spring barley, but as spring crops want to get up and grow they should still do well if drilled this month, added Mr Thornton.

“Up north in Scotland, crops are able to benefit from the longer days and increased hours of sunlight, but the shorter days down south provide less opportunity for the crop to thrive,” he said.

Mr Thornton also highlighted that some growers might decide to leave fields as fallow ground with stale seed-beds throughout the summer, but having already paid for seed and fertiliser, that option doesn’t help their business.

“If it’s too late to drill spring barley, growing other cereals isn’t realistic. I wouldn’t recommend spring linseed or oilseed rape either. At this stage, you’re unlikely to get a worthwhile crop, so options are running out,” he added.