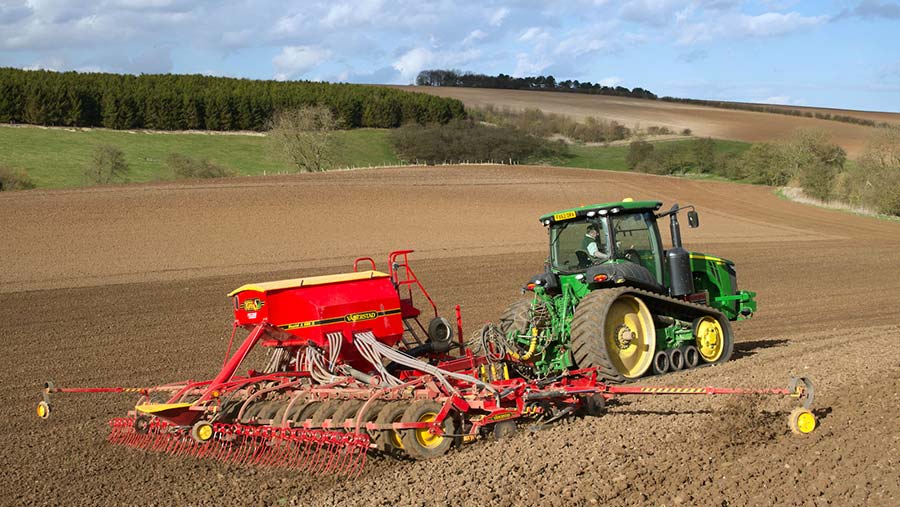 Spring barley seed for top varieties is in short supply this season, with prices edging up as growers look to drill one of the biggest crops on record.

With virtually all autumn-drilled crop areas set to be down and spring crops on the rise, seed prices of the more popular spring barley varieties, such as Propino, are creeping up to near £400/t.

As supplies of the two top varieties, Propino and Planet, tighten, growers are turning to other malting varieties such as Irina and Laureate where there is good export demand for the grain.

“There is a shortage of certain varieties with popular ones like Propino seeing tight supplies,” he tells Farmers Weekly.

Growers have turned to spring-drilled crops to help them fight blackgrass in the autumn and winter, while low-yielding spring barley seed harvests may have limited supplies.

“If you want varieties such as Propino and Planet, you need to act now. You can not sit on your hands and wait,” he says.

Chris Piggott, seed commercial assistant at distributor Frontier, says Propino has “more or less sold out” and is very difficult to find.

“We have seen an early pull forward in orders and this is putting pressure on  prices,” he says. 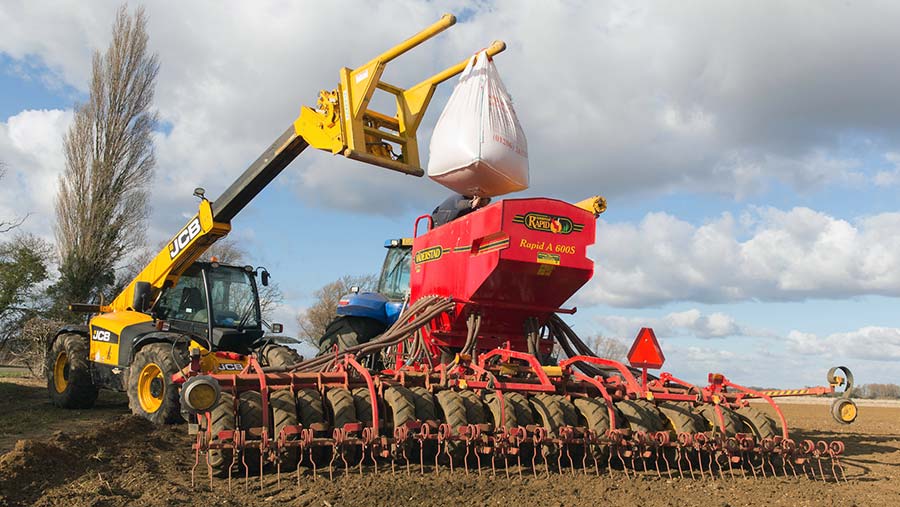 Traders says spring barley seed supplies are generally selling at about £380-£385/t, but Propino is moving towards £400/t, and could go over this figure if demand continues strong.

A survey earlier this autumn predicted a 17% rise in the spring barley area in 2017 to 799,000ha as growers looked for better blackgrass control and were switching to a spring crop after disappointment over last summer’s winter barley yields.

This AHDB Early Bird survey published in early November suggested next year’s crop could be the second highest since spring barley records began after 2013’s 903,000ha, which followed a very wet autumn that disrupted the drilling of winter cereals and oilseed rape.

Agrii’s Mr Barker says a lot of winter wheat has been drilled since the survey in a generally dry and mild autumn. He estimates the rise in spring barley might be more in the region of 5-10%.

Propino is set to continue to lead the certified spring barley seed market in England with just under one-third of the market share, while Planet has about one-fifth, Laureate has 6-7% and Irina about 4%.

While the majority of spring barley in the east of the country will be down to malting varieties as they match or outyield their feed variety cousins, the position can be different in the west of the country, with more mixed farms. 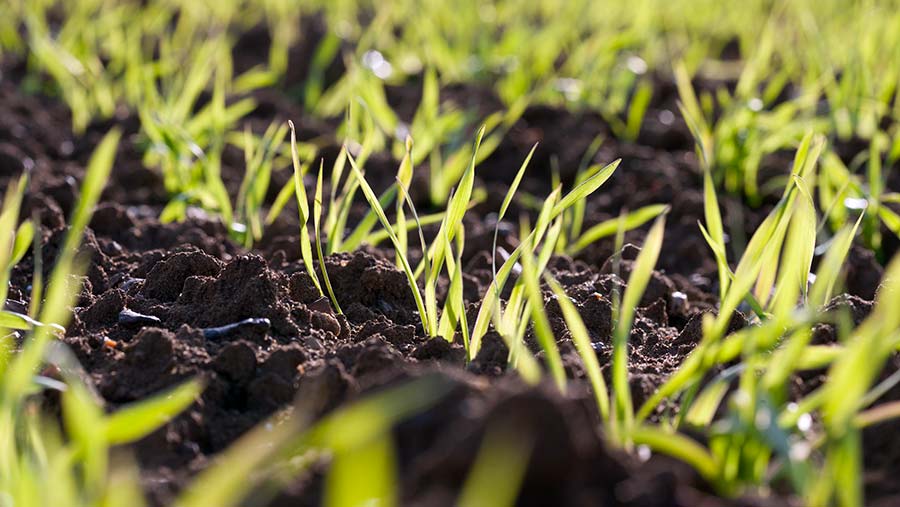 In these areas, recommended feed varieties such as Ovation, Scholar and Hacker may be better options if growers are looking more at straw length, grain quality and resistance to brackling – when barley heads break off – when they choose varieties.

In Scotland, the market is likely to stay dominated by Concerto, a variety that can be used by both the distilling and brewing industries.

The expected rush into spring barley is likely to put pressure on grain prices, so some in the seed trade are suggesting other spring-drilled crops.

Spring wheat might be a good choice if growers are looking for a crop with a potential premium price. 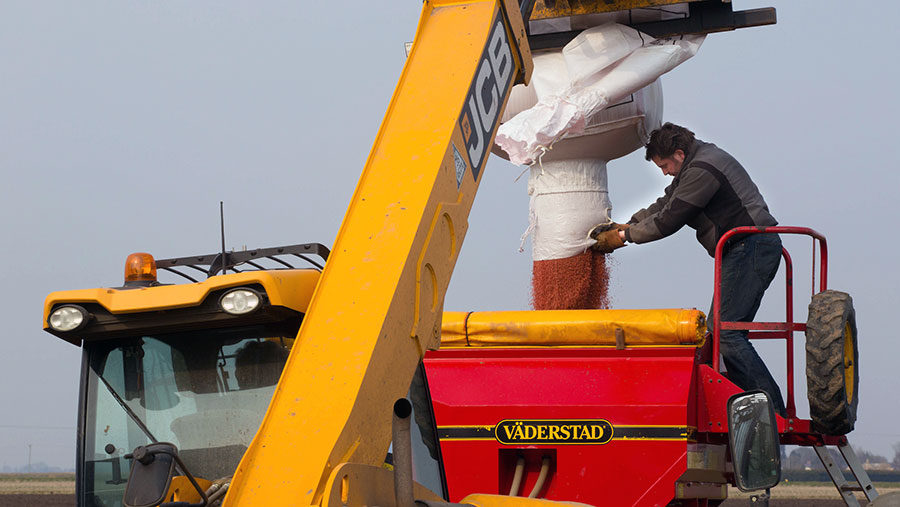 The market is dominated by the Group 1 milling variety Mulika, but newer varieties such as Cochise yield 10% more, although it is a Group 2 milling variety.

Leading bread-maker Warburtons is keen on the spring wheat variety Lennox, although its contracts for this variety are almost complete for next spring.

Linseed could be another spring option after the crop area nearly doubled in 2016 to 27,000ha. Mark Nightingale of Elsoms Seeds says the crop performs best on medium to heavy loams as it need a lot of moisture.

“Linseed can offer the best gross margin next spring if you don’t have a premium on something else locked in,” says Mr Nightingale, who adds that a contract should be in place before drilling.

While some growers have had bad experiences combining linseed, many problems come down to damp stalks. The effect of this can be minimised by choosing an early-maturing variety,desiccating, and cutting on a warm, dry day. 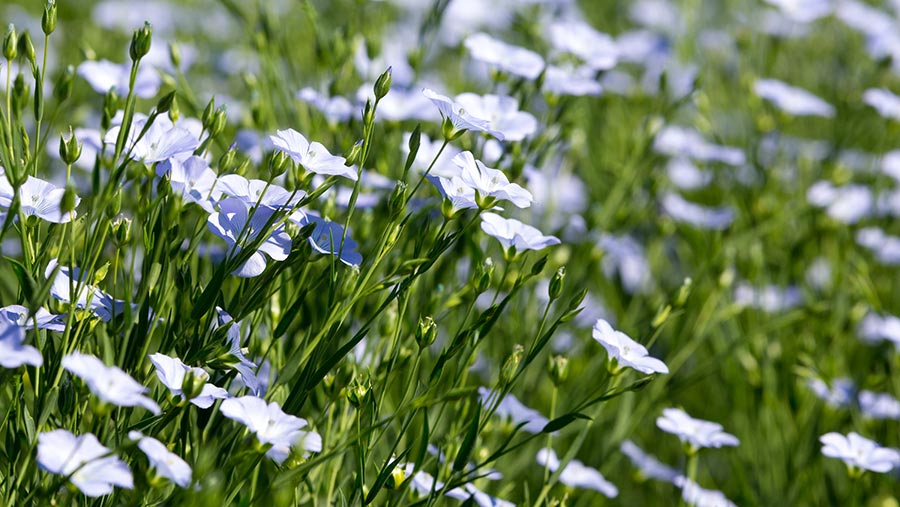 Some late-maturing varieties are high yielding, but they have a higher risk of secondary infections and in a difficult season will be hard to dry, he adds.

Elsoms have four out of seven of the top-yielding varieties in the UK, all of which have been bred in collaboration with Dutch linseed and flax specialist Van de Bilt.