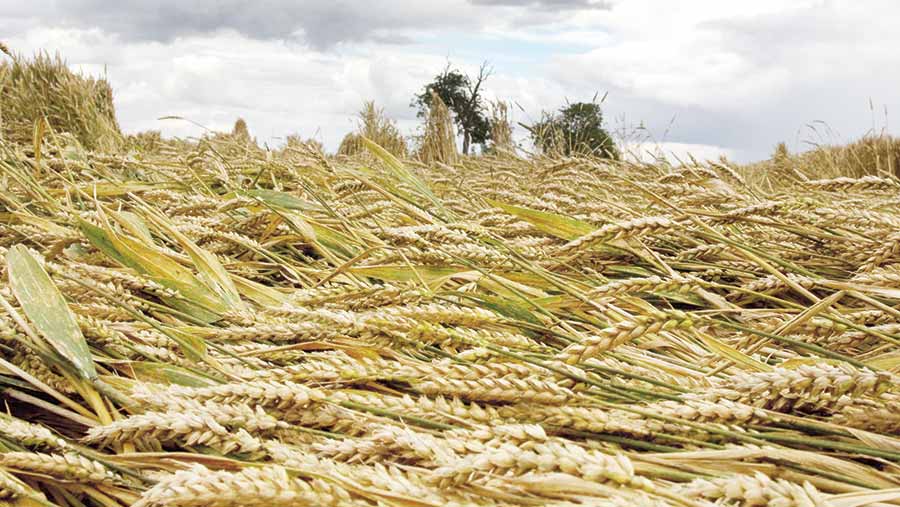 Seasonal factors were the cause of much of the lodging that occurred in wheat and barley crops in 2017, rather than variety weaknesses or a decline in standards.

Cereal growers quick to pin the blame on plant breeding are mistaken, crop experts agree. They stress that any lodging susceptibility already in varieties was increased by the weather.

They highlight the long cold and dry spell in March and April, which made it difficult for growers to deliver nitrogen requirements at the right timings, as well as prompting cutbacks to planned plant growth regulator (PGR) programmes.

In addition, when the rain eventually arrived in early May and temperatures increased, crops received their nitrogen in one hit.

This, along with the combination of warmth, moisture and longer days, resulted in rapid growth, putting plants at the mercy of nature.

“The weather pattern was the backdrop, whatever the crop,” says David Robinson of Crop Dynamics, a division of Frontier Agriculture.

“Wheat and barley went from being short to tall and leggy in a very short space of time – everything happened in just six weeks.”

He describes it as almost the perfect storm for lodging. “There was so much growth, so late in the season. In those circumstances, it is very difficult to get enough PGR into the plant.”

Variety choice had an influence, accepts Mr Robinson, but he points out that there have always been differences between varieties in terms of straw strength and the AHDB Recommended List lodging scores do give guidance on this.

“It’s not right to assume that varieties have got weaker. However, it is true that the newer ones have come through the testing system in seasons where there hasn’t been much lodging, which means there is more to learn about them.

“Growers have to appreciate that there are certain circumstances that will overwhelm any variety’s ability to stand up.”

Spring barley crops were particularly badly hit by lodging in 2017, he reports.

“We saw a big swing from winter to spring cropping, for weed control reasons,” he says. “Many growers were planting spring barley for the first time, or after a lengthy break from the crop, and they were offered some of the new, very high-yielding varieties.”

These varieties were then grown for their yield potential, with high nitrogen regimes being used.

“Due to the conditions, the nitrogen ended up being delivered late, in one mass. The crops took all this nitrogen up very efficiently, which is why grain N contents were so high.” 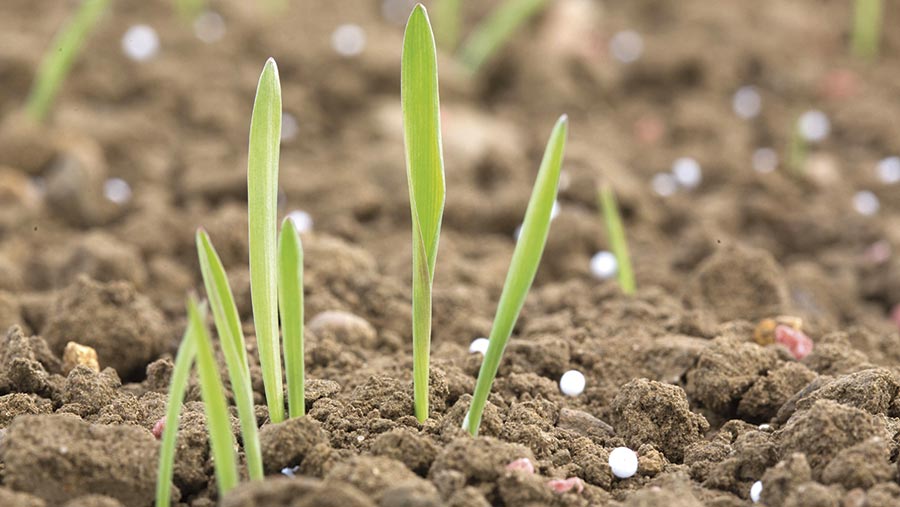 He adds that spring barley has only 12 weeks to do all of its growing, which compounded the problem.

“Choosing varieties on yield and grain quality is fine, but look at the lodging scores as well. In some years, you will be putting crops at greater risk by having a weaker variety.”

Clare Leaman of Niab Tag agrees that growers shouldn’t be too hasty in blaming varieties for their lodging problems.

While many of the newer winter wheat varieties are described as having moderate resistance to lodging, there is still more to understand about their straw characteristics and better lodging data will help, she believes.

“We certainly saw more lodging in our trials this year, but the pattern wasn’t consistent,” she reveals. “Varieties that fell over at one site were upright at others.”

This location effect shows that site and seasonal factors were as much to blame as variety choice, she stresses.

“The dry spring meant that people cut back on PGRs. When it rained, crops grew away, only to be hit by some very localised storms with high winds.”

Mrs Leaman admits that lodging problems were the talking point at shows and demonstration events during the summer, with growers highlighting problems where varieties with scores of 6 and 7 were being grown.

“This wasn’t unexpected and that’s why we have lodging scores, both with and without PGRs. However, the treatment of these varieties should also be considered – many of them were being grown in a way that increased the risk.”

Early drilling was one of the issues, she notes. “It isn’t a very good idea to drill a weaker strawed variety in September, especially if it is a fast developer.

Lee Bennett of Openfield reports that seed sales show that there has been a bit of a market reaction to weaker varieties.

“It’s no coincidence that two of the best-selling feed varieties for 2018, Graham and Costello, have good straw strength.”

Mr Bennett believes that the behaviour of varieties during the season largely reflected their Recommended List lodging scores. “There were no nasty surprises. It was an unusual season and there was more lodging, but nothing that wasn’t predictable.”

This explains why varieties such as Belgrade and Silverstone haven’t been taken up for 2018 as expected, nor have the new choices Shabras and Motown.

“There’s some reluctance to grow these until farmers know more about their straw strength,” adds Mr Bennett. “After a difficult year, growers tend to be more reserved in their choices.”

Siskin ran into problems where it was drilled too early. “But it has sold well again, mainly due to its disease resistance. Follow the advice on drilling date and it will be fine.”

Anyone looking to avoid lodging should note that Grafton is the benchmark variety for stiff straw, Mr Bennett points out.

One of the factors that affected the use of PGRs in 2017 was that growers were trying not to stress crops, recalls Mr Robinson.

“In a dry spell, it’s always a concern,” he says. “So agronomy programmes were amended accordingly, with PGRs being reduced.”

One of the lessons to come from a bad lodging year is that it is sometimes necessary to add to their stress, he recommends.

“Instead of not using PGRs, it’s about using a lighter programme, so that crops aren’t left exposed.”

He also predicts that growers will be more reserved about their nitrogen applications in 2018.

Top tips to reduce the risk of lodging next harvest