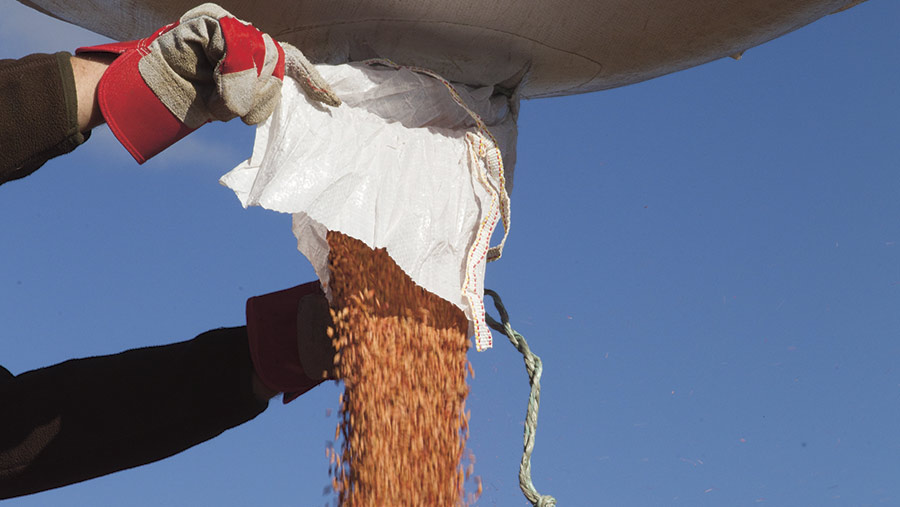 A war is being waged over proposals to extend a ban on neonicotinoid seed treatments.

Plans to extend a ban against neonicotinoid-based seed treatments have sparked alarm among industry leaders who warn that up to a million hectares of UK crops could be put at risk.

The ban already covers flowering crops – chiefly oilseed rape in the UK but also sunflowers. Now, new proposals could could ban all outdoor uses of neonicotinoid seed treatments in other crops too – including wheat, barley, sugar beet and vegetables.

Proposals for an extended ban by the European Commission to the EU’s standing committee on plants, animals, food and feed earlier this year are expected to be discussed by representatives from member states at a meeting on 17-18 May.

Supporters say a ban is necessary because neonicotinoids are damaging to pollinators, such as bees. Opponents reject that suggestion – and argue that it would be pointless to extend the ban to non-flowering crops which aren’t attractive to bees anyway.

Opponents also argue that an extended ban would be costly. Almost 28,800ha of UK oilseed rape were lost last year due to a lack of neonicotinoids – at a cost to farmers £18.4m, suggests a study by Rural Business Research (RBR) and the Institute of Agri-Food Research and Innovation.

Researchers Charles Scott and Paul Bilsborrow sampled a sub-set of winter oilseed rape growers from the Farm Business Survey, which provides information on the financial, physical and environmental performance of farm businesses in England.

Their study found that 5% of the national winter oilseed rape area was lost to cabbage stem flea beetle because of the neonicotinoid ban. Farms in the east of the country suffered the greatest crop losses, with 16% of the Suffolk crop area failing, and 13% in East Yorkshire.

“The ban is obviously having a major impact on the viability of oilseed rape in England,” says Mr Scott. “Without access to treated seed in the high risk areas, especially in eastern England for 2017, it is possible that cabbage stem flea beetle damage will be even greater this year.”

Environmental campaigners disagree. They argue that flea beetle can be controlled without neonicotinoids. Non-chemical approaches include changing drilling dates – a strategy adopted by 42% of oilseed rape growers in the RBR study – and increased seed rates.

Friends of the Earth senior nature campaigner Paul de Zylva argues that the neonicotinoid ban should be extended. He says: “Evidence of the harm neonicotinoids cause to our bees is strong enough to justify a complete ban on these pesticides.”

While some farmers want the chemicals to stay, others are successfully avoiding neonicotinoids altogether. Mr de Zylva says: “Going neonic-free puts farmers more in control of their land instead of having to defer to advice from pesticide companies.”

That might be so in some cases – but not in others. In the absence of neonicotinoids, the RBR study found that, nationally, 72% of farms used insecticides to treat fleabeetle. Among the most common were pyrethroids, claimed by some to be more damaging to bees than the banned product.

This week, Rothamsted Research – the world’s oldest agricultural research institute, warned that maintaining production of many UK crops would be at risk if neonicotinoids were more widely restricted or banned completely.

“Furthermore, if groups of chemistries are limited by legislation, the remaining groups will be more widely used, resulting in an increased risk of pests developing resistance to them,” the institute has stated.

In the UK, the existing “restricted use” ban affects mainly oilseed rape crops. “It will be very difficult, if not impossible, to maintain production of many crops if neonicotinoids are more widely restricted or banned completely,” says the Rothamsted statement.

And it warns: “In sugar beet, the control of aphids and the virus diseases they spread is totally reliant on neonicotinoid seed treatments because the aphids are resistant to other control chemistries.”

The statement also reiterates Rothamsted’s 2014 call for “a proper science-led risk assessment” to understand the effects of pesticides. “This will help us balance the risks and benefits for crop protection, crop pollination, ecosystem function and our health appropriately.”

It adds: “It is vital that research is done to study crop protection in its broadest sense, combining conventional chemical control with better surveillance of pests, weeds and diseases, understanding and mitigating for pesticide resistance and developing next generation crop protection.”

Lincolnshire grower Ben Atkinson is concerned about the environmental impacts extending the ban could have, after already witnessed the effects of banning neonicotinoids in oilseed rape. 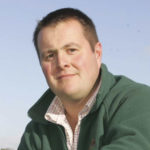 “Since the ban of neonicotinoids in oilseed rape, we’ve had to use more pyrethroid sprays to manage the pest. For the last couple of years, cabbage stem flea beetle pressure has been getting progressively worse and I think it is a ticking time bomb for everyone growing oilseed rape.”

Mr Atkinson has a six-year rotation of winter wheat, winter barley, winter oilseed rape, spring beans, spring barley and sugar beet across 2,750ha. He says that four of his six crops have been or would be affected by a ban on all neonicotinoids.

He first started using Deter (clothianidin) – a neonicotinoid seed treatment – on winter wheat as a management tool, safe in the knowledge that he didn’t need to go on with another insecticide before Christmas. But he says that due to blackgrass concerns, the use of Deter has since evolved.

“In recent years we have been drilling winter wheat a lot later due to blackgrass pressure. This means we physically can’t get on with the sprayers to combat barley yellow dwarf virus due to the ground conditions being too wet.”

Suffolk farmer Sam Fairs has pledged not to use neonicotinoid pesticides on oilseed rape – even if current retrictions are lifted.

Mr Fairs farms with his father Alan at Heveningham, near Halesworth. The family farm presses and bottles award-winning Hillfarm rapeseed oil. It is one of seven non-organic farms highlighted by Friends of the Earth in a Bee-friendly Shopper’s Guide to Rapeseed oil. 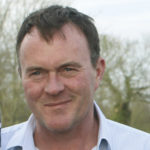 All the farms listed are non-organic conventional farms who use pesticides on their fields, but have committed not to use currently-restricted neonicotinoid pesticides on their oilseed rapeseed crops because of concerns about the potential impact on bees.

Mr Fairs, of Hillfarm, which produces more 500,000 litres of rapeseed oil a year says: “We need bees and other insects to pollinate our crops: they perform a very important function close to the start of the human food chain.”

The farm numbers Tesco, Waitrose, Sainsburys among its customers. Mr Fairs adds: “We feel that the right thing to do is to not use neonicotinoids seed treatments on our oilseed rape until there is clear evidence to prove that it is a safe treatment to use or not.”

Pesticide restrictions ‘must be extended’

Neonicotinoids used as seed treatments should be banned completely because over 80% of the chemical can leach into the soil, where it can be absorbed by other plants, argues environmental campaign group Friends of the Earth.

High levels of neonicotinoids have been found in wildflowers next to wheat crops, and can enter flowering plants attractive to bees if they are grown after wheat, it says. Bees can also be exposed to neonics due to dust drifting away from the crop when treated seeds are sown.

Studies have warned that birds could be harmed by eating seeds treated with neonicotinoids, says FoE. There is also evidence that these pesticides have an impact on earthworm mortality, reproduction and behaviour, says campaigner Sandra Bell.

“Current restrictions on these pesticides must be extended to cover this crop,” she argues. “We can’t afford to gamble with nature in this way if we are to carry on producing British food and safeguarding the health of our countryside.

“The UK government must back a complete ban on neonicotinoid pesticides – and commit to helping farmers to grow food without harming the environment as a central part of its post-Brexit farming policy.”

Ban will have ‘no effect on bee health’

Bees do not forage on cereals, sugar beet or vegetables – so extending the neonicotinoid ban would have no effect on bee health, says crop protection company Bayer Crop Science.

Bayer manufactures Deter – seed treatment in wheat and barley that control aphids, the major vector involved in the highly damaging barley yellow dwarf virus. Without Deter, it says farmers would need to spray an extra once or twice with a broad spectrum insecticide such as a pyrethroid.

“More than one million hectares would receive another insecticide spray that it does not have today – an area half the size of Wales,” argues Julian Little, Bayer’s communications and government affairs manager.

“In addition, the extra spraying will use about 220,000 litres of diesel – enough fuel to power 20 cars to the moon and back – and up to 200 million litres of water, enough to fill 80 Olympic-size swimming pools.”

The other main use of Deter is for its ability to “deter” slug attack on the seeds. In the absence of an effective seed treatment, Mr Little says it is likely an extra 1,600 tonnes of slug pellets would have to be used – an overall increase of slug pellet use of over 60%.