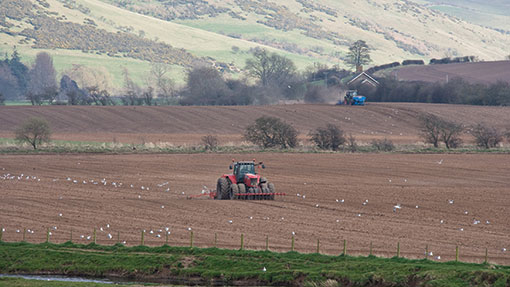 The rapid spread of the number one weed headache for arable growers is pushing some towards spring cropping to keep blackgrass at bay. David Jones reports from Wiltshire.

Jeremy Margesson was forced into growing spring barley last year by the weather and the move has now caught on in his perennial battle against blackgrass.

This pernicious grassweed was spreading rapidly and hitting yields on his Wiltshire farm so he is relieved to have another weapon as blackgrass resistance to herbicides increases.

His emergency crop of spring barley outyielded late-drilled winter wheat last summer, and this has encouraged him into continuing with the crop this spring.

He is planning as many as three stale seed-beds to get on top of the troublesome grassweed and selects his most weed-infested fields for the spring crop.

“Spring barley can reduce blackgrass. This grassweed is a long term problem as there is no new chemistry out there and even fields with low populations can quickly get worse,” he says.

Mr Margesson had not grown a spring crop for about 15 years and had settled on autumn-sown oilseed rape, wheat and barley to avoid being caught out trying to drill in a wet spring.

However, his herbicide bill was escalating and he was still losing the blackgrass battle, so a radical change was needed.

“Each year the blackgrass situation was not improving and we needed a solution.

“Last year, spring barley helped us with blackgrass, and proved a useful tool for control,” he adds.

He put his rising blackgrass bugbear to its increasing resistance to weedkillers and also that his land tends to witness a dry spell in late August and early  September.

This means that recalcitrant blackgrass seed fails to germinate quickly after harvest in the dry conditions and so it would not allow him to kill it off with a quick herbicide spray.

His choice of a spring crop was dictated by the need for an early harvest on his high and cold land, just below the top of the Marlborough Downs, where crops are often late to mature. 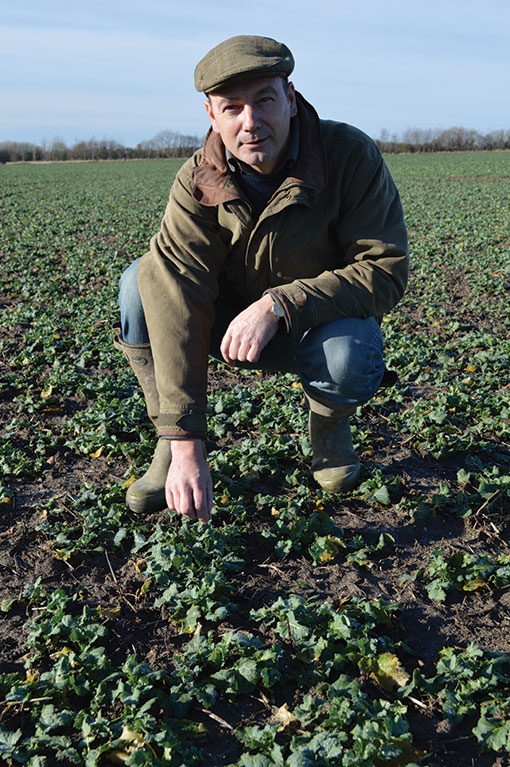 He says his 1,100ha of arable land consisting of medium clay loam soils over chalk at Burderop Farm, Chiseldon just over a mile south of the edge of Swindon, sees one of the latest harvests in the region.

His three-year rotation of oilseed rape, winter wheat and then winter wheat or barley saw his wheat yields soar as high as 12-13t/ha, but blackgrass was an increasing problem.

The decision was made to delay the drilling of his second wheat to give more time for blackgrass control, but unfortunately the move was made in the monsoon season of autumn 2012.

Some second wheats were drilled on frosty land in November through to January, but some of this seed rotted in the ground and some stayed in the barn and was never drilled at all.

Therefore, some 150ha of spring barley was sown in the spring of 2013 on the undrilled land, using varieties such as Tipple and Concerto in that season’s headlong rush for spring seed.

In his choice of spring crops, spring wheat and linseed were rejected because of their late maturity, and spring beans due their variability in yields.

The chosen spring barley yielded in excess of 8t/ha, outyielding his poor late-drilled second wheats at 7.5t/ha, down from the more usual yield of 9t/ha.

“Compared with poor second wheats, spring barley was knocking on the door of wheat in terms of gross margin,” he says.

This season, the plan was to drill all first wheat by the end of September using varieties such as Santiago, Diego, Relay and Grafton and then the second cereal slot would be divided into three, using winter wheat, winter barley and spring barley.

Some 70ha of spring barley variety Propino is planned on the worst blackgrass-infested fields, with the plough used before all second cereals as an additional anti-blackgrass measure.

His planned regime is to leave the stubble of the preceding wheat crop until early October to allow time for blackgrass to germinate so it can be sprayed off with  glyphosate.

The land is ploughed soon after during the second week of October to leave it “weather protected” and so in better conditions for spring drilling especially following a wet winter.

This allows for a second glyphosate spray in December, or even February, to control any later germinating blackgrass seed.

He aims to drill in mid-March, which may give him an opportunity for a third stale seed-bed pre-sowing and glyphosate treatment to further boost weed control.

And the result? Well, from last season the best control of blackgrass came from using spring barley, then late-drilled winter wheat while the worst was from growing winter barley.

“Spring barley definitely helped us with blackgrass, and proved a useful tool,” he says.

An added bonus came as the oilseed rape following the spring barley showed the most consistent establishment compared with preceding crops of winter wheat or winter barley.

“We are thinking a bit more longer term about grassweed control, particularly blackgrass, even if the margins are lower,” he says.

For this season, he is considering trying to grow a malting barley sample which would help bridge the gap between feed barley and feed wheat prices.

If he does gain a malting premium of about 10-15t/ha then it would put the barley price more on a par with feed wheat.

Although variable costs, such as fertilisers and sprays, are lower with spring crops compared with autumn sown ones, it has forced Mr Margesson to dip into his pocket for a second cereal drill.

He points out that there was a need for a lighter, more flexible drill for sowing crops in late autumn and spring crops than for drilling in early autumn, which is one downside to the move.

“Variable costs may be lower, but not fixed costs like machinery,” he says. 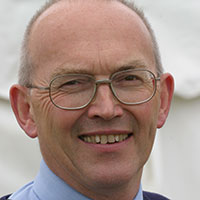 Spring cropping and rotational ploughing are the two best cultural practices that growers can use to control blackgrass, says weed expert Stephen Moss.

These two control methods come out top and well ahead of other techniques such as delayed drilling, increasing the seed rate and using more competitive crops, he adds.

He is urging growers to look at these methods as blackgrass resistance to herbicides builds up and so the use of weedkillers is no longer an easy answer to achieving good grassweed control.

“It is quite pleasing that farmers are adopting these practices as there are no new wonder herbicides on the horizon,” he says.

His work at Rothamsted Research showed that a 97% level of control is needed of blackgrass just to prevent it from getting worse, due to the seed left behind multiplying rapidly.

Of the cultural methods, spring cropping comes out best with 88% control, followed by rotation ploughing at 69% then there is a sharp fall to the next best technique of delayed drilling at 31%.

Picking spring barley is also a wise choice as it is twice as competitive against blackgrass as spring wheat.

“There is no single blueprint against blackgrass. None of the methods are the complete solution but they need to be pursued long-term,” says Dr Moss.