Wider buffer zones around fields when applying metaldehyde slug pellets are being advised for this autumn which will be legally binding next year to save the pesticide from being banned.

New guidelines for this autumn stipulate no pellets should fall within 10m of any field boundary or watercourse, and this will be made law by autumn 2018.

Six producers, as members of the metaldehyde stewardship group, have drawn up an enhanced stewardship package as current guidelines are not tight enough to prevent the chemical entering surface water.

These six – Adama, Certis, Chiltern Farm Chemicals, De Sangosse, Lonza and Sharda Cropchem –together have a 90% share of the slug pellet market with their metaldehyde products, while the remaining 10% is accounted for by ferric phosphate. 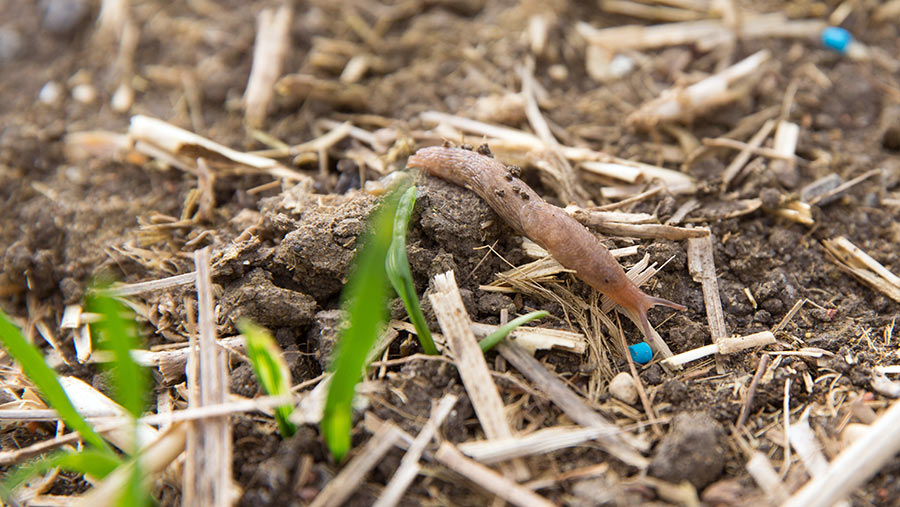 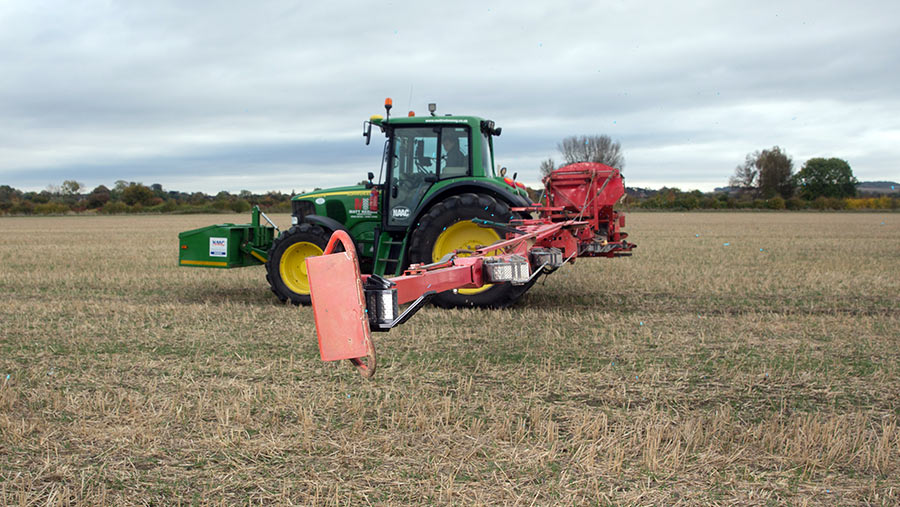 These tighter guidelines come as metaldehyde is undergoing re-registration as part of a periodic review, and they are a condition of allowing the continued availability of the product.

David Cameron, managing director of De Sangosse and chairman of the stewardship group, says despite the six companies working together since 2008, more needs to the done to keep metaldehyde on farms.

“Metaldehyde is still an issue and we must make progress. If growers comply with the guidelines the situation will improve,” Dr Cameron tells Farmers Weekly.

The new guidelines tighten previous advice which stipulated that only a 6m buffer from watercourse needed to be observed.

The move to 10m will give more protection for drinking water and the new 10m buffer from all boundaries will help to protect birds and small mammals which tend to feed near hedges.

These buffer zones can still be treated with the second of only two slug pellets available, ferric phosphate, which is not soluble in water, but it can be more expensive and suffers from limited supplies.

Lu Gilfoyle, catchment and coastal strategy manager at Anglian Water, says current metaldehyde programmes are not sufficient to secure the regulatory limit of less than 0.1mg/litre of metaldehyde in drinking water, but she does not support a nationwide ban.

Removing metaldehyde is difficult and expensive so the water group is working with growers as this limit is still being breached even in dry winters like that just witnessed.

“We have had failures this year, so it will only get worse in wet seasons,” she says.

Removing metaldehyde could lead to a 21% rise in water bills which would be unacceptable to consumers and the water regulator, so the group whose area stretches from the River Humber to the Thames is working with 8,500 farmers covering 40% of its area which is deemed at high risk.

Alison Hall, registration manager at Adama, says the new stewardship was developed with the Chemical Registration Division of the Health and Safety Executive to try and stop metaldehyde reaching surface water.

There are four key stewardship steps

“Stewardship is absolutely crucial. It will become more high profile and will be a vital part of the future,” he says.

All the speakers were attending a metaldehyde stewardship group briefing on 24 May.