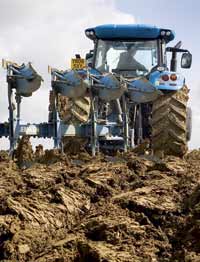 It’s expensive and difficult to produce, its benefits for soil are questionable and there are legislative issues that must be overcome. Yet biochar could become the most important agricultural input since John Bennet Lawes discovered artificial fertiliser over 150 years ago.

Biochar is a bit like charcoal. It is a black carbon material produced during pyrolysis. This is where biomass is processed in a low or zero-oxygen environment to release energy-rich gases which are then used for producing liquid fuels or directly for power and heat generation.

Incorporated into top soil, remarkable water and nutrient retention are claimed, as is friability usually associated with high organic matter soils. But, as yet, the claims are unproven. Biochar is currently classed as a waste, restricting its use as a soil-enrichment compound. And questions have even been raised about the contaminants it could bring with it.

So why is it of interest? “Its real value lies in the role it could play to manage global carbon dioxide emissions,” explains Saran Paul Sohi from the University of Edinburgh. “It’s a very stable form of carbon that could potentially mitigate up to 6m tonnes, or several percent of UK carbon emissions, every year. It’s a win-win wedge in the fight against climate change.”

Other forms of carbon, such as plant matter, are labile – they absorb CO2, but will at some stage decompose and release it again, or even worse produce methane. “Evidence suggests that biochar’s chemical composition means it will lock up carbon for hundreds or even thousands of years.” This effectively takes carbon out of the atmosphere and locks it away for good, helping to reduce the build-up of harmful greenhouse gases.

As a by-product of energy production, conservative estimates suggest that biochar has the potential to offset global atmospheric carbon emissions at the gigatonne per year scale by 2050, making it a major mitigation activity. “This would require significant quantities of plant residue to be converted into energy via pyrolysis. This produces less energy than straight combustion, but potentially a better energy: CO2 ratio.”

So there could be a healthy carbon offset bonus to any farmer or landowner prepared to give biochar a home, once the legal and classification issues have been addressed. The current price is around €12-13/t of CO2 equivalent offset. But its value to soil improvement could be far greater.

“Studies of biochar-rich soils in Amazonia have stimulated the interest,” explains Dr Sohi. “Crop fertility appears to improve and soils appear to retain water more effectively, as well as possibly reducing run-off of agricultural inputs. Biochar may also prevent some soil emission of nitrous oxide and methane, or improve crop N use.”

It’s known to have a liming effect, too. But beneficial impacts are highly variable and more thorough testing and commercial experience is needed before most growers will believe the claims. Much of the variability is down to the diverse feedstock and method of production, which will further slow uptake as an agricultural input.

Focusing purely on the agronomic value of soils could lead to missed opportunities, according to researchers at Rothamsted. An increasingly high social value is now being placed on soil health. Carbon content is one environmental factor that is readily measured, and farmers operating a high-throughput arable system might be surprised at just how healthy their soils can be.

Carbon and its effect on soil tillage and workability have been under investigation at Rothamsted. “We know intensive cultivation causes damage to soil structure,” says Rothamsted’s Chris Watts. “We also know that soils with less organic matter are more susceptible to mechanical damage and often require more intensive tillage.

“But what is the relative influence of soil texture, management practice and soil organic carbon (SOC)? More specifically does the small increase in SOC from long-term use of mineral N have a measurable effect on draught forces?”

To find out, researchers measured draught forces required to plough up the Broadbalk Wheat Experiment at Rothamsted. This is the oldest field experiment in the world, established in 1843 initially to test the effects of inorganic fertiliser against FYM. Various crop rotations, including continuous wheat grown for 166 years, run across the field, while different fertiliser regimes run lengthways.

Not surprisingly, where FYM had been added the SOC was highest (about 2.7%) and the specific draught of the soil (the force divided by the cross-sectional area of soil disturbed) was lowest – about 20% lower than where no fertiliser was applied.

“Increasing applications of mineral N resulted in large increases in crop yield but relatively small increases in SOC – from 0.84 to 1.19%. However, it also gave a large reduction in specific draught,” Dr Watts reveals. “So the relatively small change in SOC from optimising mineral N use can have a disproportionately large effect on the soil physical property measured.”

The implication of the work goes beyond merely assessing how workable soils are. It shows land farmed to the best of its ability conventionally may not have a high SOC, but displays highly valuable physical properties.

A similar picture evolves when considering optimising nitrogen use. The economics, including the environmental economics, of managing nitrogen has been studied closely by Rothamsted’s Andy Whitmore. As you step up nitrogen use there are environmental costs beyond your control, such as greenhouse gas and nitrous oxide emissions, and some you have a limited amount of influence over, such as reducing run-off and improving uptake. But by far the biggest environmental cost of food production is the use of the land itself.