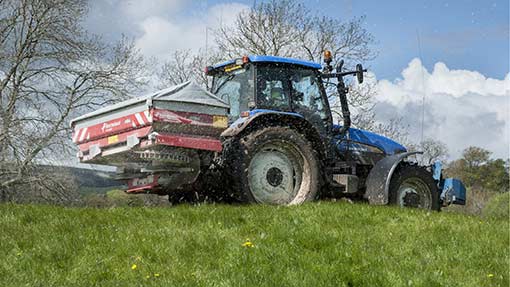 An experimental liquid stubble treatment could cut nitrate leaching from soils and lead to lower nitrogen fertiliser rates, as well as giving a boost to potash levels.

Applying a by-product from biodiesel production post-harvest has cut nitrate leaching during the winter months by more than 99%, work at Rothamsted Research has shown.

The application of biodiesel co-product (BCP) increased soil micro-organism numbers and this effectively “locked up” the nitrates in the soil until the spring.

“We found that BCP was the most effective soil amendment, rapidly increasing the abundance of soil micro-organisms and preventing more than 99% of nitrate leaching,” says Rothamsted researcher Marc Redmile-Gordon.

He adds that cutting nitrate losses from farmland would help protect the environment, especially watercourses, and could lead to lower nitrogen fertiliser rates.

The “very encouraging” results came in field trials conducted in the 2012-13 season when heavy nitrate leaching would have been expected after a wet harvest followed by an equally wet autumn.

The BCP treatment helps stimulate soil microbe numbers by giving them an energy source and then they suck up nitrate nutrients from the soil to feed this growth, says Dr Redmile-Gordon.

The nitrates are unlocked in the spring as soil microbe levels are reduced by warmer drier weather. The process mimics the use of cover crops over winter in mopping up nitrates in the autumn and then slowly releasing them in the spring.

Rothamsted’s Keith Goulding suggests this BCP treatment could help growers cut their nitrogen fertiliser usage by about 10% as it can preserve nitrate levels through to the spring rather than being leached out over the winter months.

“The increase in microbial activity will also help the soil structure and stop it breaking up in heavy rain in the winter,” says Prof Goulding.

In addition, the BCP treatment is a rich source of potassium and could provide a very useful boost to soil potash levels.

The Rothamsted trial used an application rate of 1t/ha of BCP, and this level could provide about 50kg/ha of potash.

The application of BCP may need some type of dribble bar application technique rather than a farm sprayer due to the high volume, and ideally this would be applied soon after harvest to allow any subsequent rain to help incorporate the BCP into the soil.

The use of a by-product from the manufacture of biodiesel, which itself is made largely from rapeseed oil, fits in with Rothamsted’s strategy to develop sustainable methods of crop production.

The five years of research work has been publicly funded by the Biotechnology and Biological Sciences Research Council (BBSRC), and further work depends on future funding and the commercialisation of this technique.

The trial work is published in full in the Water Air and Soil Pollution journal.