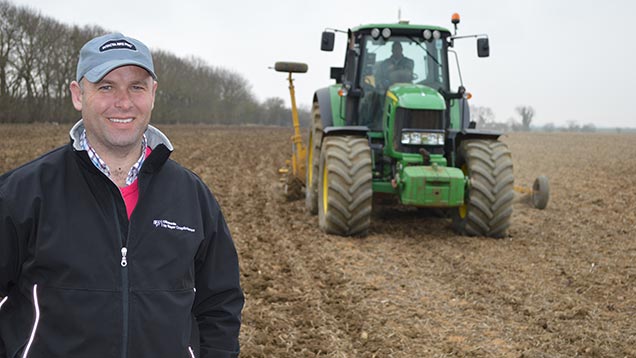 The battle against blackgrass is being won by one East Anglian grower with a greater emphasis on spring cropping.

In the fourth article of Farmers Weekly’s five-part series on sustainable arable farming systems, we visit Russell McKenzie to see how he has altered his rotations to tackle this grassweed.

Mr McKenzie has switched away from a tight winter wheat-oilseed rape rotation towards more spring crops to give him time to control blackgrass in the autumn.

Spring barley, wheat and beans are all being grown on his heavy clay Cambridgeshire land where blackgrass has become a problem on some fields.

Mr McKenzie is using the knowledge from a recently completed Nuffield study tour looking at direct drilling in extreme conditions from dry Australian fields to the semi-tropic lands of Brazil.

The first three articles in this series looked at the three key problems with arable farming, how yields jumped when a Norfolk estate widened its rotation and the views of a scientist who has spent over 40 years looking to control blackgrass.

In the fifth part of our series (out in the 15 May issue of Farmers Weekly), we look at what part biopesticides could play in solving some of the problems facing arable growers.