A leading plant breeder is advocating seed treatments against brown rust for most sowings this autumn.

His advice comes against an anticipated surge in early drillings, likely extra pressure from the disease and unexpected seedling test findings.

Nickerson’s Bill Angus says the latter, which arose during glasshouse checks in April, have changed his views about seed treatments. “I must admit I’ve been a bit cynical about them in the past. But I now believe there is a fantastic opportunity for seed treatments because they are technically correct and take some of the risk out of growing early-sown varieties.

“We have a vested interest in seeing that our varieties perform properly.”

Much better potential returns from cereals have raised the prospect of “wall-to-wall” wheat, says the firm’s Frank Curtis. “We could be looking at a 20-year high in area, so farmers will need to start drilling sooner.” 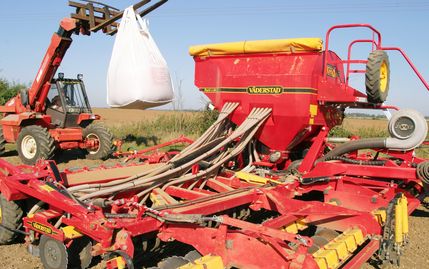 Treatment against brown rust this autumn could be rewarding.

That increases the disease risk, especially from brown rust carried over on the “green bridge” from this year’s crops, many of which made secondary growth harbouring the disease, the Nickerson team believes.

Brown rust is not normally a significant problem in the UK, says cereal pathologist Paul Fenwick. But it hit many crops hard this year, and uncontrolled it can halve yields.

“This year saw unprecedented infection levels from February in commercial crops, and really robust fungicide programmes were needed to keep it at bay.”

Race changes, which may be hastened by warmer weather, mean the disease has overcome many of the inbred resistances of varieties.

Several have already had their HGCA ratings reduced. Glasgow, previously scoring 8 on the 1-9 scale, has slipped to 5, and after this season Robigus’s 9 is bound to drop, he believes.

The firm routinely assesses many varieties for resistance using a particularly aggressive race. “We check hundreds of varieties every year in glasshouse seedling tests.”

In April this year three Nickerson varieties, Deben, Istabraq and Nijinsky, rated 4, 5 and 5 for resistance, all appeared fully “resistant” in those tests. “At first we thought that we’d sown the wrong varieties,” says Mr Fenwick.

When the seed bags were checked they were correct, but significantly labelled “Kinto dressed”. “The question was, was the Kinto causing these surprising results?”

So in May further mini-seedling tests were undertaken on the three varieties, comparing Kinto dressing and the standard Sibutol dressing.

Again all the Kinto-dressed seedlings appeared “resistant” while the others remained susceptible. “It was a fairly clear real effect.”

So having relayed the findings to BASF’s Anne Williams it was decided to arrange another “blind” glasshouse test in July at the firm’s headquarters at Rothwell, Lincolnshire, this time comparing untreated Deben with the same variety dressed with either Kinto or Epona.

“Anne said that if we thought Kinto was OK, we really ought to try Epona,” says Mr Angus.

This time the results from the Kinto-dressed seed were more mixed, with half the seedlings remaining “susceptible” to brown rust. Mr Fenwick believes the warmer weather by then could have been a factor.

“Generally, the susceptibility increases with temperature, and at very high temperatures the resistance genes can’t work.”

Tests on Kinto-dressed Claire and Alchemy gave similarly mixed results. But none of the seedlings treated with Epona succumbed to the disease, notes Mr Fenwick. “It gave complete immunity.” 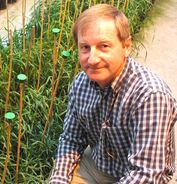 Aside from their impact on brown rust, both seed treatments control a wide range of seed and soil-borne diseases. And the fluquinconazole in Epona also helps reduce lodging and delays the onset of foliar diseases sometimes right through to flag leaf emergence, says Ms Williams.

Brown rust is much more trouble­some in warmer countries, and whether global warming may increase the threat from brown rust in the UK remains to be seen, says Mr Fenwick.