In the second part of our series on planning for Brexit, we examine one of the biggest farming operations in the UK and how it is preparing for life outside the European Union.

The group, which owns no land, needs to be ultra efficient at growing crops and good at selling them to make a return for itself and the landowner, whether in the EU or outside.

In a new farming world where subsidies will be more linked to practices beneficial to the environment, many growers are looking to get their businesses in order for the inevitable decline in overall financial support for farming.

Brexit or no Brexit, the focus for one big farming company is on growing costs and profits because leaving the European Union will not affect the market price it gets for its wheat. 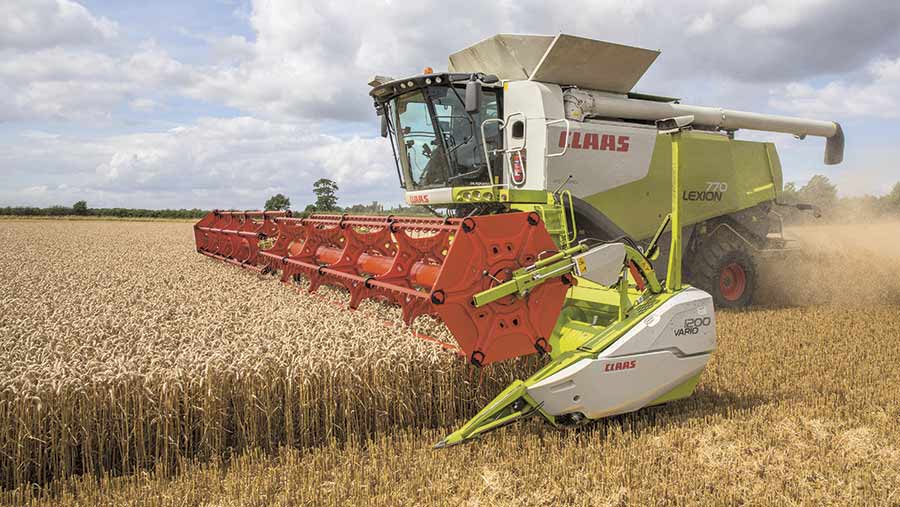 Sentry, which farms over 20,000ha of mainly arable land, says that around 15 years ago it had to produce wheat at under £60/t such was the severely depressed grain price then. The challenge to improve productivity never goes away.

Sentry director John Barrett says producers simply have to know their costs, then make a budget based on a targeted price for wheat.

“Brexit doesn’t really change anything, the focus is on cost of production and margins,” he explains.

The group, which operates from Dorset up to north Norfolk with most of its farms clustered in East Anglia and south-east England, farms about half its land under contract farming arrangements and the rest under management deals or farm business tenancies.

Alec Smith, rural business adviser at the group, says Brexit may be the impetus for change, but change would have been likely anyway if the UK had stayed in the EU with the planned reform of the Common Agricultural Policy.

“The price of wheat on the world market will not be affected by Britain leaving the European Union,” he says.

The group takes a low-risk approach by selling grain through a major grain trader. It conducts detailed budgets in June for crops harvested the following year. 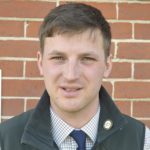 Once seed, fertiliser and sprays are budgeted and a price per tonne of wheat forecast, then gross margins can be estimated to give a return for the landowner and for Sentry.

“We look to allocate costs to fit the potential of the land and what it is likely to produce,” Mr Barrett adds.

The group is well down the efficiency path, getting the best advice on agronomy and marketing, using variable seed and fertiliser rates, incorporating wide rotations, applying plenty of manure to keep its land healthy, and buying inputs in bulk to keep costs ratcheted down.

The group looks at what should be grown on its land focusing on agronomic factors and marketing, bringing in experts from seed supplier Agrii, plant breeder KWS, agrochemical adviser Agrovista and grain trader Gleadell.

For its farms in Norfolk that largely means barn-filling feed wheats due to the close proximity to ports (for exporting) and the long distance to truck breadmaking wheats to the big millers in central England.

The link with a major breeder gives it an early look at new wheat varieties. Mr Barrett says Kerrin and Siskin are now popular on its farms in Norfolk.

The group uses farm-saved seed for over half its winter wheat area which leads to seed cost savings of £100/t over bought-in seed at about £375/t.

“The majority of wheat is still drilled in the last week of September to get high yields while we use other methods to control blackgrass,” he says.

The focus is on using as much organic manure as possible to add organic matter, supply minor nutrients, get nitrogen into crops in the autumn and reduce costs.

A lot of the group’s heavy clay soils are low in phosphate so plenty of bio-solids, or sewage sludge, manure from poultry and pigs and also digestate are used.

Variable rate nitrogen fertiliser is used across the farms to give even plant numbers for high yields and to fight blackgrass with the savings coming from bulk buying.

“We are looking for variable rates to improve returns by optimising applications rather than cutting costs,” he says

Phosphate is generally applied in the autumn when the plants need it to develop on the group’s predominantly heavy clay soils, and potash in the spring.

Fungicide use is tailored to variety and yield potential, and can vary from £85 to £110/ha while savings are made – as with fertiliser – by buying in bulk for the whole farming operation.

“We look to save costs through effective procurement, not by reducing rates,” he says.

A key part of controlling variable costs comes with a wide and varied rotation which includes spring crops such as peas, beans, sugar beet and barley, which also helps to spread the workload.

It may be difficult to control blackgrass in winter barley, but the crop is useful as it spreads the workload and gives time to apply manure in the summer after the early-harvested crop. 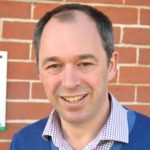 The philosophy here is to forge close links with tractor maker John Deere and combine manufacturer Claas dealing direct with the makers to get better prices and better service.

“We will typically keep our tractor for longer than five years and are happy to do so with good support from the manufacturer,” says Mr Barrett.

He also looks to make further savings by sharing machinery between Sentry farms, sharing with neighbours and making use of contractors.

There is a mix of hire and owned machinery across the farms. It’s a strategy that is kept under constant review.

“We are not fixated by new kit, we are quite happy with older, well-maintained kit with lots of options,” he says.

Options could include making sure the farms have a range of cultivators, and a choice between disc and tined drills.

Labour demand is relatively well spread out across the year as there is a heavy focus on growing sugar beet which means there is not such a lull in the need for labour in the winter months.

The group employs about 60-65 farm staff on its array of farms and these can be used off-farm in periods of low demand such as one team being set up to relay farm tracks on nearby farms in the post-spring drilling lull in labour demand.

There is also demand for skilled operators to work for the landowners on each farm on essential repairs to buildings and other infrastructure.

The group farms over 20,000ha virtually all arable, with some sheep grazing steep ground on one of its Kent farms. It farms largely from north Norfolk down to Kent and Sussex with outlying operations in Dorset and Leicestershire. The business was started in 1972 and it has been employee owned since 1999.