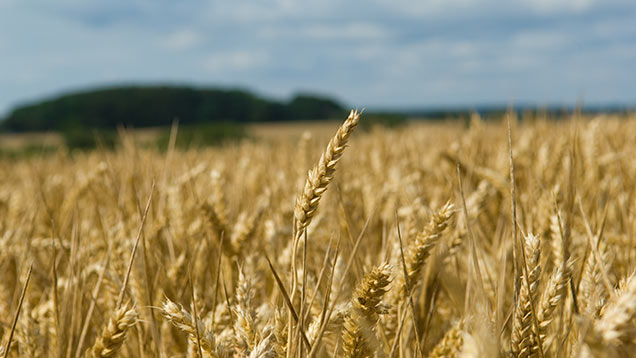 Organic farming campaigners have called for glyphosate to be banned as a pre-harvest spray on milling wheat – amid warnings from scientists linking the chemical to cancer.

Glyphosate use in UK farming has increased by 400% in the past 20 years, according to figures published by the Soil Association on Wednesday (15 July). Nearly one-third of UK wheat and barley crops were sprayed with glyphosate, it said.

A report by the World Health Organisation’s International Agency for Research on Cancer (IARC) recently concluded that glyphosate was a probable carcinogen. Report co-author Professor Christopher Portier said: “Glyphosate is definitely genotoxic. There is no doubt in my mind.”

Soil Association policy director Peter Melchett said farmers could easily choose not to use glyphosate as a pre-harvest management tool. “The Soil Association is calling for the immediate ending of the use of glyphosate sprays on wheat destined for use in bread,” he said.

Glyphosate was among three pesticides regularly found in routine testing of British bread, said the association. Although it acknowledged that the quantities found were below official safety levels, the association said the limit was agreed before the latest scientific findings.

The association has written to Defra, the NFU, the National Association of British and Irish Flour Millers, major supermarket chains and bread manufacturers calling on them to ensure no British milling wheat is sprayed with glyphosate before this year’s harvest.

But the Crop Protection Association, which represents agrochemical manufacturers, said there was a big difference between hazard and risk. Risk assessments ensured crop protection products were only approved when shown to be safe for humans and the environment, it added.

CPA chief executive Nick von Westenholz said: “It is disappointing to see pressure groups misrepresenting the science in using this classification to promote their own agenda, whipping up concern among the public despite glyphosate’s excellent safety profile.”

He added: “Let’s not forget that the IARC has made similar assessments of items such as coffee, mobile phones, pickled vegetables and aloe vera, products we are quite capable of using in our day-to-day lives while managing any risk. Crop protection products are no different.”